Remembering Franco Harris and his love of golf 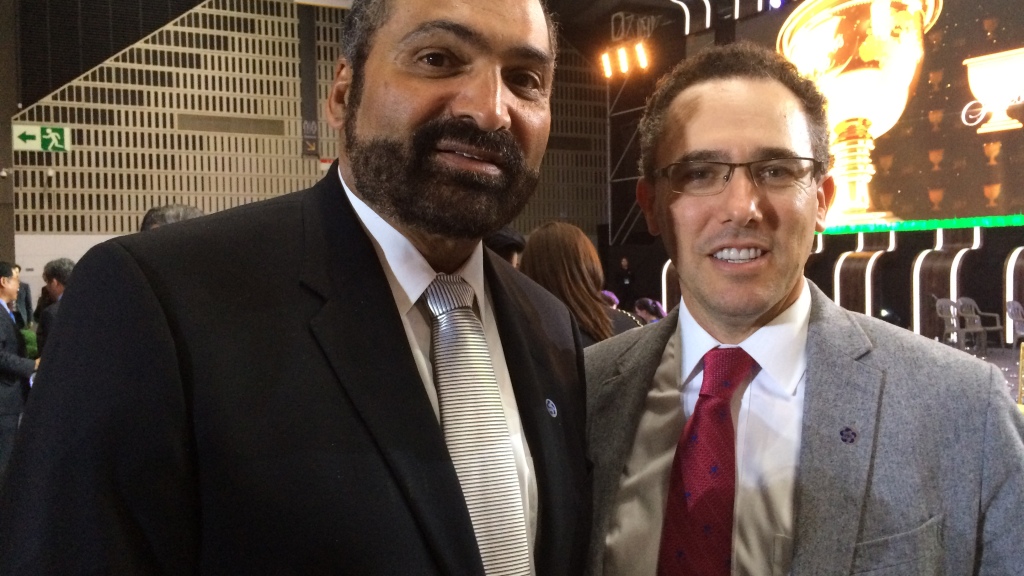 I had swallowed my last bite of cake and was making my exit from the opening ceremonies of the 2015 Presidents Cup in Korea when I ran into a familiar face.

No, not President George W. Bush, who addressed the audience, nor Kenny G., the saxophonist, who performed amid a cloud of selfie-snapping Korean fans, but rather NFL Hall of Fame running back Franco Harris.

Best-known for catching “The Immaculate Reception,” considered the most iconic play in NFL history, Harris won four Super Bowl rings with the Pittsburgh Steelers in the 1970s.

What brought the then-65-year-old Super Bowl IX MVP all the way to Korea? It turned out Harris had taken up golf five years earlier and he’d fallen hard. He attended the 2015 British Open at St. Andrews with his wife, Dana, as the guest of good friend and former LPGA pro Renee Powell. His love of the game continued to grow and he attended the World Golf Hall of Fame Induction Ceremony in March as a guest of Powell, who was being honored, and posted a photo on social media of meeting Tiger Woods there.

That Harris wasn’t too big to have his own celebrity crush makes me feel a little better that I essentially did the same at the 2015 Presidents Cup dinner in Korea when I saw Harris, one of my childhood heroes, and bordered on going all fan boy on him. It was an odd place for us to meet – I like to refer to it as the Immaculate Dinner Reception – but when I approached him he was nothing but a gentleman and we talked a combination of football and golf for a good 10-15 minutes until the rest of his party was anxious to catch a shuttle back to the host hotel. It was the one and only time I met somebody who meant a lot to me and I’m glad I got the opportunity to tell him so in person.

His love for golf undoubtedly grew that week in Korea. Seeing the 12-man squads for the Presidents Cup be announced to great fanfare reminded the gridiron great of his Super Bowl days.

“I have to admit I got all pumped up,” Harris said. “It’s crazy. First the British and now to come to the Presidents Cup, it’s been a great year.”

And a great life for one of football’s all-time greats.