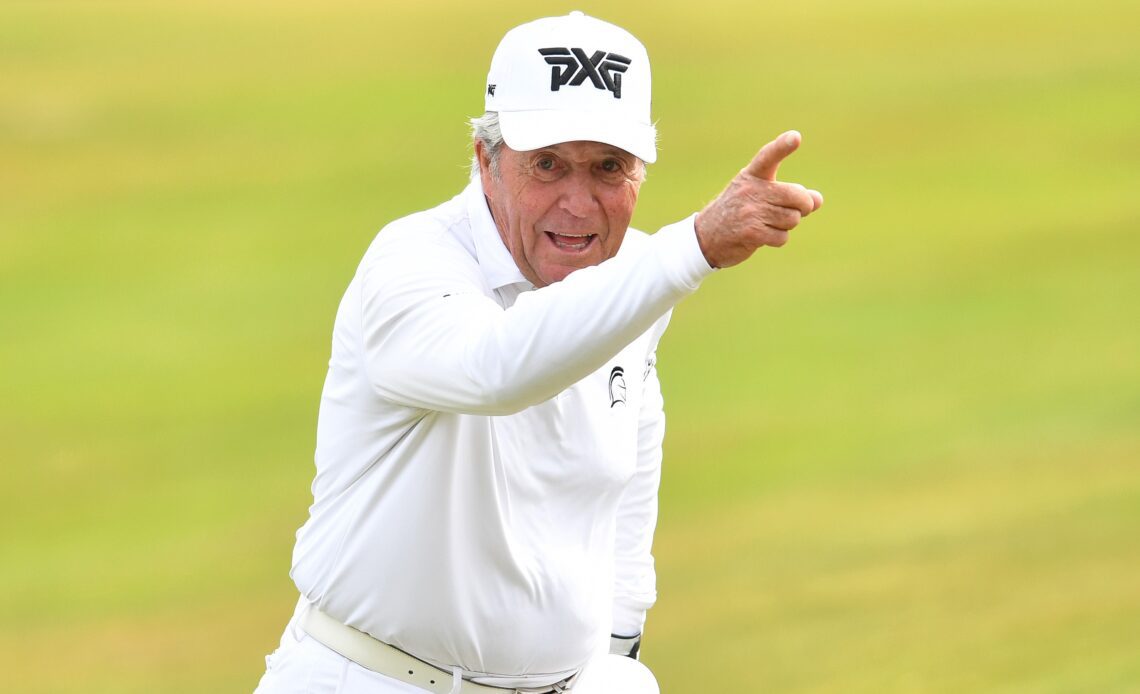 Even in the eventful life and times of Gary Player, this latest drama is way out there, as he’s taking his son and grandson to court for trying to sell-off pieces of his memorabilia.

The 87-year-old filed a complaint back in May against his son Marc, according to the Palm Beach Post (opens in new tab), but has also added to that with a lawsuit against his grandson Damian filed in November.

The nine-time Major champion says the two have sold, or had tried to sell, items of his memorabilia that should have been returned to him in the terms of an agreement reached between the two parties.

Court documents state that a lot of Player’s memorabilia was sold off against his wishes at auction in 2021, which included his 1974 Masters trophy, which was sold for $523,483, and other items such as trophies, irons and even his golf shoes worn at Augusta during the Masters.

A statement on the unauthorized sale of Gary Player trophies & memorabilia. pic.twitter.com/2tilBplJOLAugust 8, 2022

“Only with the greatest reluctance and after many years of trying to avoid this did Gary have to enforce his rights in this way,” Gary Player’s attorney, Stuart Singer, told the Palm Beach Post.

The lawsuits are the culmination of a long-running dispute between Player and his son Marc, who was his former manager and also business partner until that was ended in 2019 after a row about unpaid royalties.

Gary Player won a $5 million lawsuit for these unpaid royalties in 2020 from the Gary Player Group, which Marc Player runs, and also re-acquired rights to using his own name and likeness after previously signing them over to the company.

Gary Player posted about the sale of his memorabilia back in August, with Marc Player’s attorney Darren Heitner responding with a post stating that a 2021 settlement to hand Player senior control of his own property is invalid because they’re owned by a trust.

Marc’s son and Gary’s grandson Damian is named on a separate suit for allegedly trying to sell-off Player’s memorabilia held at a storage facility in South Carolina and several Rolex watches for what documents state as “significant sums of money”.

It’s another bitter tale from the Player family following on from Wayne, Gary’s eldest son, being banned from the Masters after promoting golf ball brand back in 2021 during the ceremonial tee shot for Lee Elder, the first black golfer to play at tournament.

Looking for the perfect gift for the festive season? Check out the best…