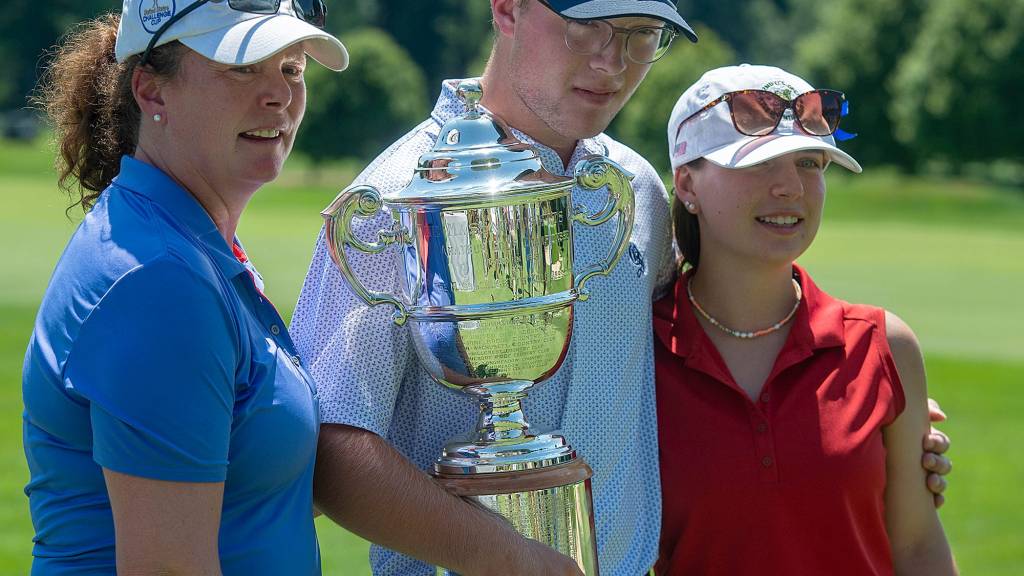 From national championships, course records, outstanding performances and improbable shots, there was no shortage of memorable moments in 2022.

The top-ranked female amateur in the world set a course record at famed Pebble Beach, an 18-year-old turned in an unforgettable performance at Seminole, the Curtis Cup was successfully defended at Merion and the inaugural U.S. Adaptive Open produced two inspiring champions at Pinehurst.

There were also moments that changed lives, moved us to tears and delivered countless memories as only golf can. Such was the case at the 114th playing of the Massachusetts Amateur at Concord Country Club in suburban Boston which produced an emotional story that was equally tragic, triumphant and remarkable.

Five days after the unexpected death of his father, Rick, Conner Willett, a 19-year-old from Wellesley, Massachusetts, delivered one of the most inspiring and emotional moments of the year by winning the Bay State’s most coveted championship.

After Willett rolled in the clinching birdie putt on the 16th hole to win one of the longest-running amateur championships in the United States, the tears that flowed from a large gallery of family and friends were filled with joy and sorrow, the long embraces were both congratulatory and consoling.

“It was one of the more emotional things I’ve ever seen on a golf course,” said Ethan Whitney, Willett’s close friend who served as his caddie in the championship match. “It’s amazing how great people can be.”

As golf oftentimes offers a brief escape from the challenges of everyday day life, Willett dealt with heartbreak the only way he knew how: by playing with passion and joy, just as his father had taught him from the time he first put a plastic club in his hands as a little boy.

“That was the best day of my life,” said Willett, who played 138 holes over five days to win the Arthur G. Lockwood trophy. “That was by far the happiest I’ve ever been.”