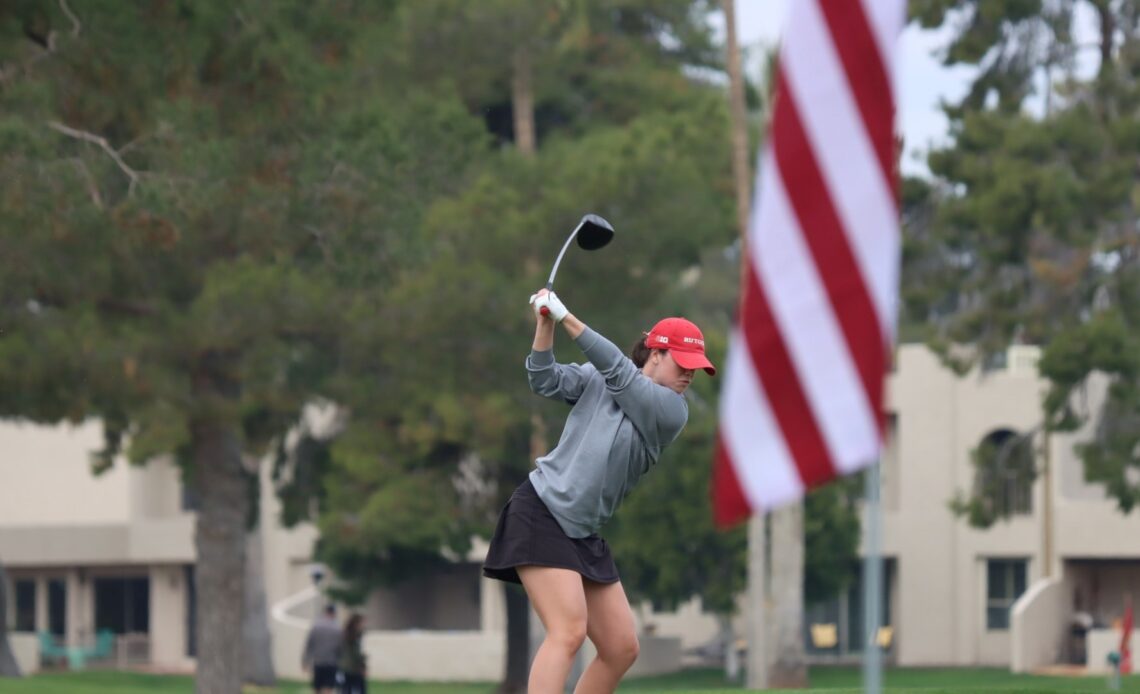 
LITCHFIELD PARK, Ariz. – Senior golfer Leigha Devine wrapped up play at the Patriot All-America Invitational in Arizona last weekend, finishing 25th in a field of 59 of the top collegiate golfers in the country.

In addition to the top-tier golf, the event also goes above and beyond to honor military heroes. As part of the event, golfers carried a commemorative golf bag that bears the name and branch of a fallen or wounded hero. On her bag, Devine honored the fallen Cpl. Damon LeGrand, who was killed on June 12, 2007 while serving during Operation Iraqi Freedom.

“I had the honor of participating in the Patriot All-America tournament, dedicated to soldiers who have made the ultimate sacrifice for our country,” Devine said. “The experiences I had and the opportunity to be part of such a prestigious tournament will stay with me for the rest of my life. I was privileged to carry Corporal Damon LeGrand from the US Army’s bag for the week. At the opening ceremonies, it was shared that we were ‘giving these soldiers one last call, one last mission, and one last tour’ and playing for something bigger than golf was eye-opening and truly an honor. The Patriot All-America was a life-changing week and I hope to be able to be a part of it in the future.