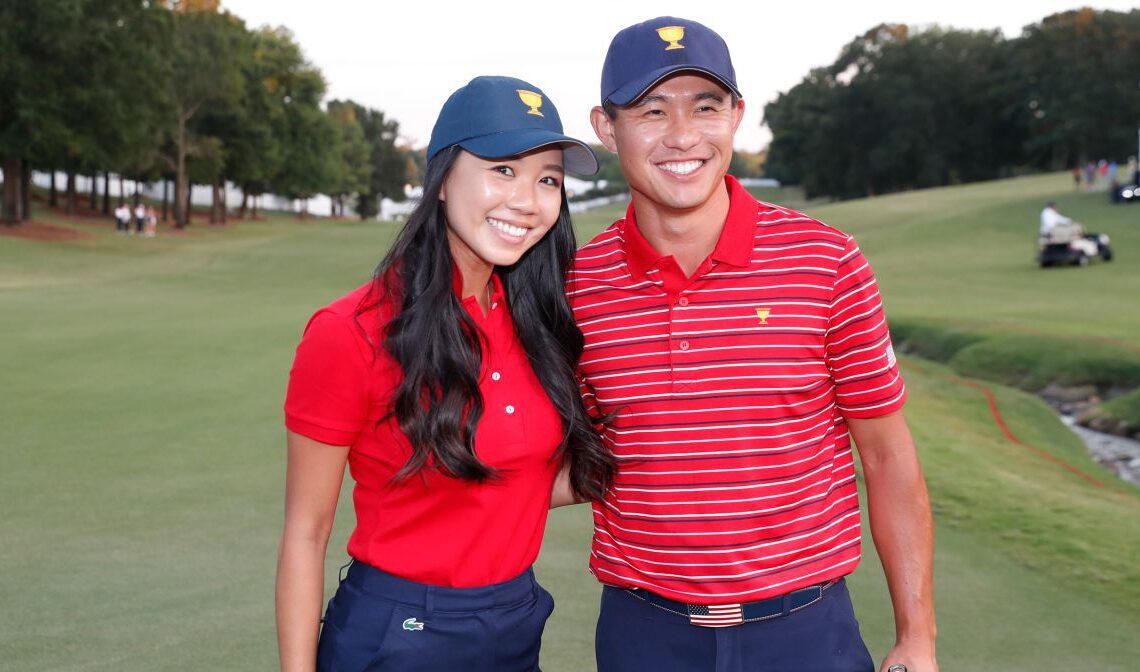 Who Is Collin Morikawa’s Wife?

Collin Morikawa (opens in new tab) enjoyed the year of his life in 2021, securing a World Golf Championship, The Open Championship and the DP World Tour Championship along with the Race To Dubai title.

Not only did the American enjoy success on the course, but also off it, announcing his engagement to his girlfriend, Catherine Zhu at the end of November. Then they tied the knot in November 2022 as you can see below.

Despite attending different universities, the pair met in 2017, with Morikawa attending the University of California, Berkley, and Zhu the Pepperdine University.

After University, Morikawa (opens in new tab) turned professional in 2019 and, just two years later, he and Zhu were engaged. Over the years, Morikawa has regularly praised his fiancée, stating how important she has been to his life after his first Major success at the 2020 PGA Championship. “I am very lucky to have her,” he said.

“Kat has been by my side through it all. She would hate me if I didn’t say this, but I didn’t start winning in college until she showed up in my life, so thanks Kat. Whenever she’s there, it always just gets me away from golf. She knows how I’m feeling after golf, like you said, she’s played collegiately, she knows golf can take a toll on you, whether it’s a good or bad day.

“So she’s on that same swing of if we’re playing well or not well, but, yeah, I’m very lucky to have her. Having someone at dinner makes things a lot nicer than sitting down there at the hotel by myself.”

So, what do we know about Morikawa’s fiancée, Zhu? Well, she was born in Vancouver, British Columbia and her father, Mike Chu, was a champion tennis player. Zhu, herself, was also a very good tennis player before deciding to focus more on her golf game.

After attending Zhuji Hailiang Private High School in China, Zhu decided to return to North America to attend Pepperdine University. The reasons she gives for choosing the school are “First, I really like Coach Gibbs. I believe all good players have good coaches and I believe Coach Gibbs can help me become a good player. Second, Malibu has great weather conditions, which create a better environment for me to practice. Third, Pepperdine is a small school that is strong in both academics and athletics.”

Zhu, who is also a very good golfer in her own right, played on the collegiate team for four years and actually played as a…