John Andrew Tucker III, a founder of TPC Sawgrass, passed away at 93 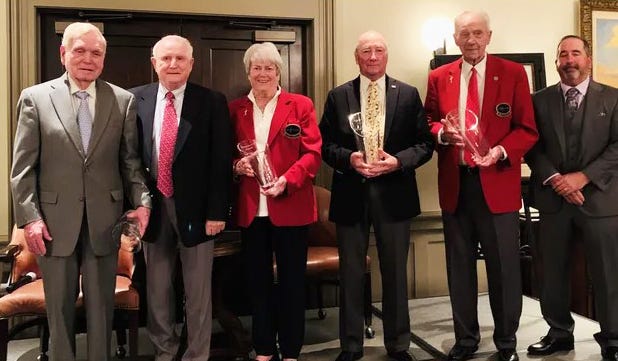 Family and friends are remembering John Andrew Tucker III, former Florida Publishing Company president, as “a good man” and civic leader whose passion for golf was instrumental in the PGA Tour returning to the Jacksonville area.

Tucker, 93, of Jacksonville, Florida, passed away peacefully Dec. 30 in hospice care with his family at his bedside, his son-in-law, Rufus Dowell, told the Times-Union.

Tucker served as general manager then president of Florida Publishing Company, which included the Florida Times-Union, Jacksonville Journal and St. Augustine Record, from 1964 until retiring on Jan. 1, 1983, when Morris Communications bought the company.

An avid golfer, he championed the sport. Tucker leaves behind a legacy many say is intertwined with the PGA, especially TPC Sawgrass as well as other local golf clubs.

“John was like a second dad to me. He was just a good man … first and foremost,” said Dowell, noting compassion for others was chief amid his father-in-law’s virtues.

MORE: Remembering The Munchkins, the founding members of TPC Sawgrass

“He was a very caring man. He reached out and helped innumerable people in Jacksonville struggling with addiction,” said Dowell, noting Tucker never sought the limelight for his actions to help others.

“He was a deeply religious man who cared and lived his life trying to always help others. There basically was nothing that he wouldn’t do for other people in his family or his community. He was very generous with his time and a very spiritual person. We believe God had him live to 93 because of the good works he was doing,” Dowell said.

Raised in Fort Pierce, Florida, he served in the Army Air Corps during the Korean War from 1951-1953. After being discharged from the Army, he enrolled in the University of Florida — graduating in 1956. Tucker later obtained a master’s degree in counseling from the University of North Florida, according to his obituary.

He worked as a district manager for Southern Bell Company for a number of years before going to Florida Publishing Company, his obituary also said.

After his wife, Eugenia, their seven children and their 23 grandchildren, golf was a huge part of Tucker’s life.

The last time Tucker played golf was in September with his oldest son, John “Tuck” Tucker IV at The First Tee-Brentwood Golf Course.

“He played nine holes and shot 39, which is very good,” Dowell said.

Tucker was the catalyst for the Greater…