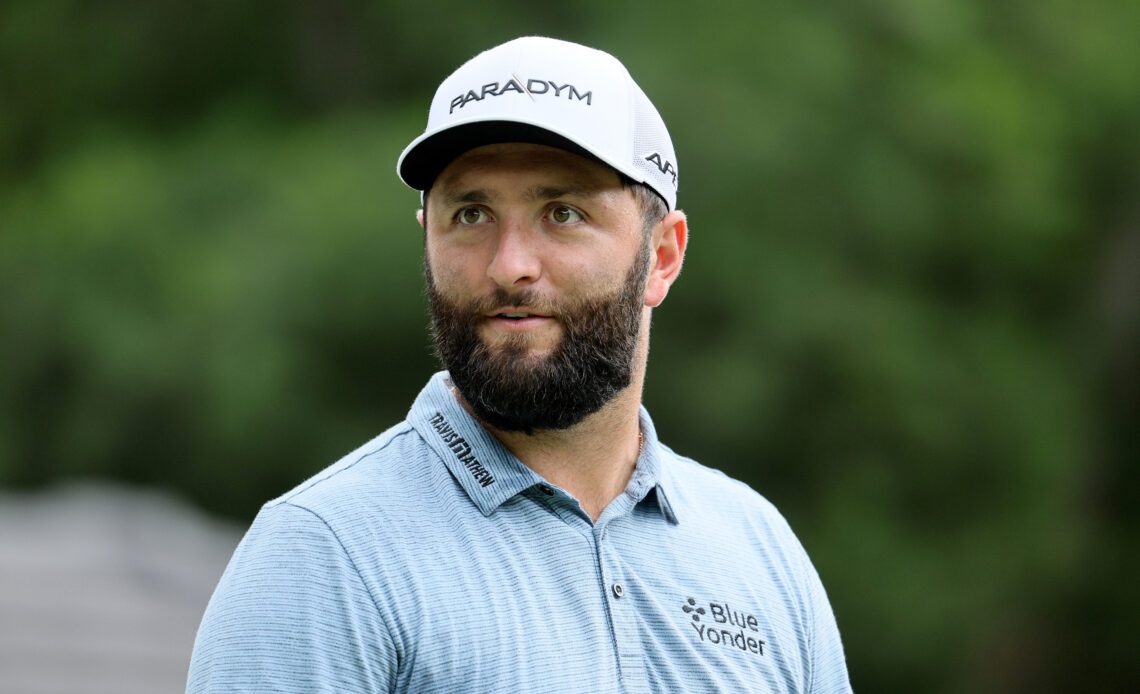 Jon Rahm admits the atmosphere could be a little different at this year’s Masters Champions dinner, as a host of PGA Tour and LIV stars come together for the pre-tournament tradition ahead of the first Major of 2023.

The divide at the pinnacle of the game shows no signs of abating, but Augusta National chairman Fred Ridley has allowed LIV stars already qualified for this year’s Green Jacket showdown to tee it up at the famous venue.

With a number of past champions now on the LIV roster, Rahm thinks things could be a little awkward around the dinner table, adding that he wishes he could be there to soak it all up.

“It’s going to be a different year,” Rahm said ahead of the 2023 Sentry Tournament of Champions. “There’s a lot more highlights in the calendar year, I would say, for the PGA Tour, all those elevated events. One thing I keep going back to and it’s probably only funny to me, but I think the Masters Champions Dinner’s going to be a little tense compared to how it’s been in the past.

“So I keep thinking about it because I wish I could be there and just be able to see how things work out. Too bad the US Open doesn’t have one of those. But, yeah, I think it’s an exciting year. Obviously, we’re all curious about how it’s going to work out, but we’re all excited to see what this year’s going to, how it’s going to unfold and how it’s going to play out for everybody.”

Players ditching the established tours for the Greg Norman-fronted breakaway series sparked a huge rift in the game in 2022, with big names like Phil Mickelson, Dustin Johnson, Bryson DeChambeau and Cameron Smith all making the jump. And while Rahm likes the direction the PGA Tour is heading, he is well aware there will be more defections to the upstart league.

“I mean, I think we all know where we stand,” he added. “There’s still going to be players that choose to transition to LIV is my guess. But for a lot of us, I think we see the direction the PGA Tour is going towards, right?

“They’re making the necessary changes to adapt to the new age and I think it’s better for everybody.”

While the Majors appear set to remain neutral on the matter, it remains unclear whether LIV players will be allowed to qualify for the Ryder Cup. It could bring a sad end to the careers of some legends of the event who would be unable to feature again in any capacity. Whatever happens, Rahm hopes a joint decision is made to keep the integrity of the biennial contest intact.

“What I hope? I hope Europe wins. That’s…