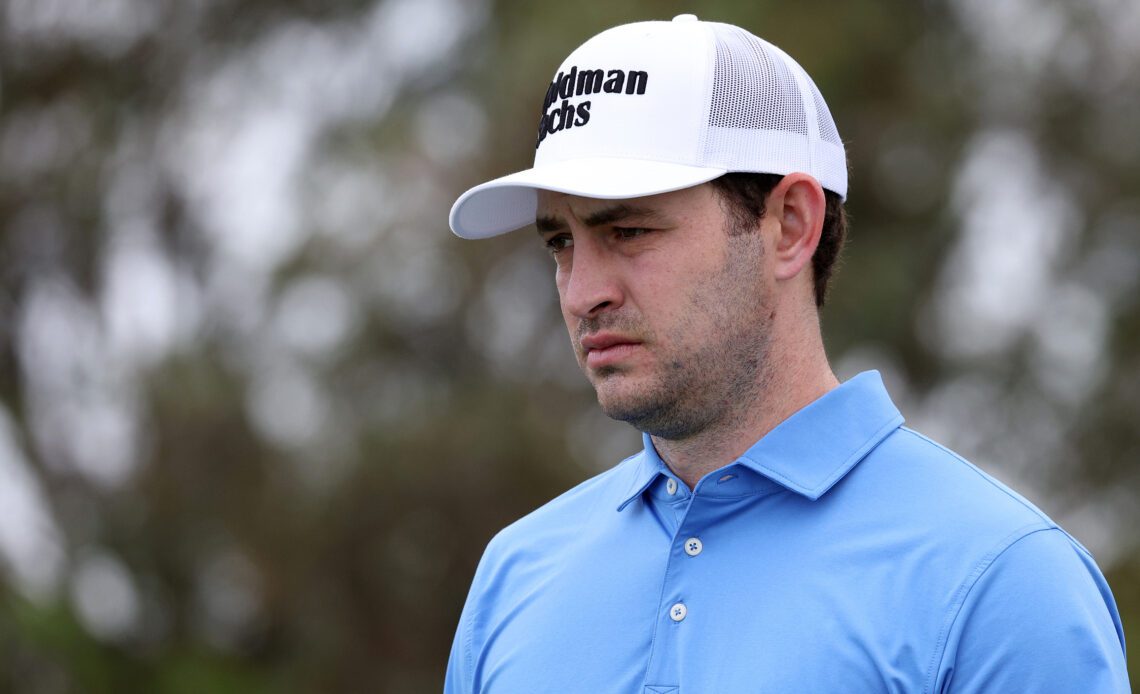 Patrick Cantlay has arrived at this week’s Sentry Tournament of Champions appearing to have lost two of his major sponsors.

The American was pictured without any Titleist logos and reportedly had an all-black tour bag instead of his usual Titleist one. His player page on the Titleist website (opens in new tab) simply lists him as using a Pro V1x golf ball instead of being a brand ambassador using a full bag of Titleist hardware, which he has done for a number of years.

Cantlay also has lost, or ended, his Hugo Boss apparel deal. “No more Hugo Boss,” he said in his pre-tournament press conference, while also confirming he is in the market for another apparel sponsor. “Great” is how he described that going.

He was pictured using both a Titleist TSI and TSR driver at Kapalua in practice so was clearly doing some driver testing ahead of the first PGA Tour event of 2023. The Tournament of Champions comes with an elevated $15m purse and features 17 of the world’s top 20 players.

Patrick Cantlay is no longer a Titleist staffer. Using a black staff bag this week, and his gear on the Titleist page has been scrubbed, outside of the ball. My guess is he goes the Adam Scott route — ball, shoe, glove deal but free agent for the clubs. pic.twitter.com/kqpQr4OY6NJanuary 3, 2023

Some might think Cantlay losing his sponsorship deals means he is off to LIV Golf, after rumors that he will be joining the Greg Norman-fronted tour. However, he remains firm in his stance that he is sticking with the PGA Tour.

“I think it’s because I haven’t been too vocal one way or the other,” he said of the rumors. “So I think that’s probably where it is. Guys, for the most part, seem like they’re pretty polarized on this issue, and I view it as it’s been a competition for top talent, like any other business.

“But I have no plans to do that as of now, which has been my stance for, you know, basically since the whole time.”

– Tour Gear Round Up – New Drivers and Player Signings