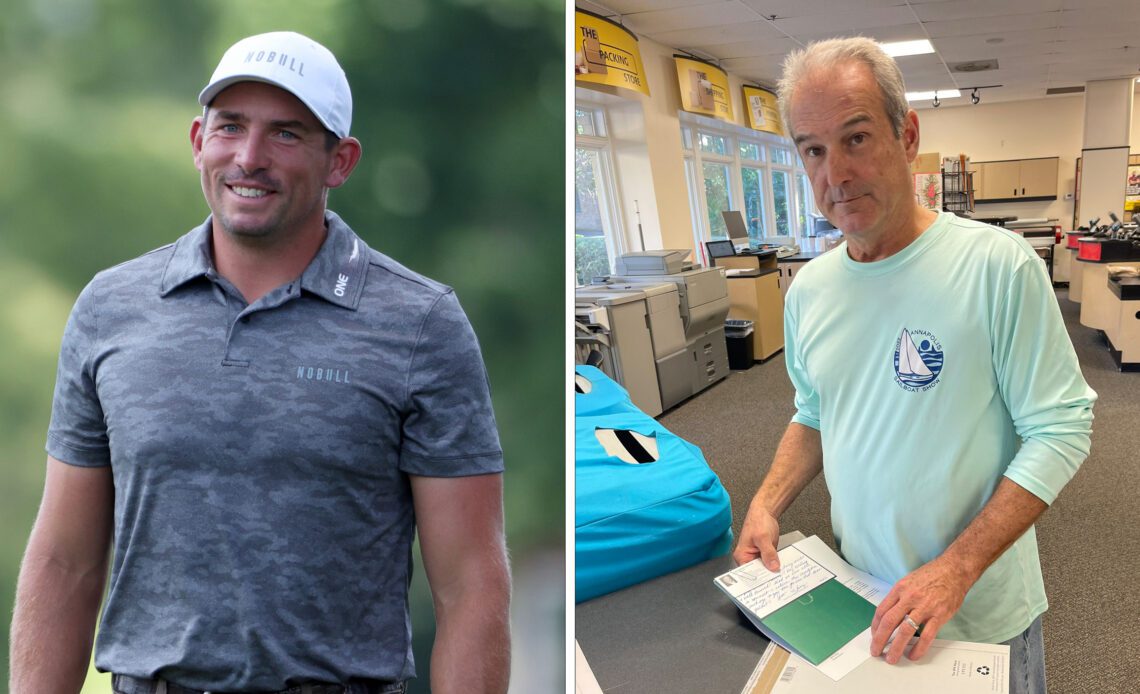 Now that the case of mistaken identity has been resolved, Scott Stallings has invited his namesake to join him for a practice round at Augusta National ahead of this year’s Masters.

The pair caused a stir on social media when Stallings tweeted that he had been “checking the mailbox five times a day” as he waited patiently for his invite to tee it up at the famous venue for the first since 2014, only to find out it had been sent to a fellow American with the same name.

And the similarities don’t end there. Both Scotts live in the state of Georgia and have wives called Jennifer, making the unusual gaffe a little more understandable.

The three-time PGA Tour winner posted the message he received from his namesake, which read: “Hi Scott. My name is Scott Stallings as well and I’m from GA. My wife’s name is Jennifer too!! I received a FedEx today from the Masters inviting me to play in the Masters Tournament April 6-9, 2023.

“I’m 100% sure this is NOT for me. I play but wow! Nowhere near your level. It’s a very nice package complete with everything needed to attend. I think we have some confusion because of our names, our wife’s names and geographical location.”

The saga captured the attention of the golf world, with many joking that the amateur Stallings should have rocked up at the Augusta National gates in April with his invitation in hand, ready to take his place in one of the most famous sporting events in the world.

Alas, it wasn’t to be, but he will have a chance to see how his game stacks up at the iconic venue despite posting the package to its rightful owner. According to Dan Rapaport of Barstool Sports, the Stallingses will play a practice round together before the first Major of 2023 kicks off on April 6.

Rapaport also explained the mix-up that confused the Green Jackets, adding: “Turns out the invitation was sent to a now-defunct management company, and the Other Scott Stallings owns a condo adjacent to the building. Wild coincidence.”

As for the serious business, Stallings will be making his third Masters appearance after qualifying via a top-30 in the 2022 FedEx Cup points list and will be hoping to improve on his best finish,…