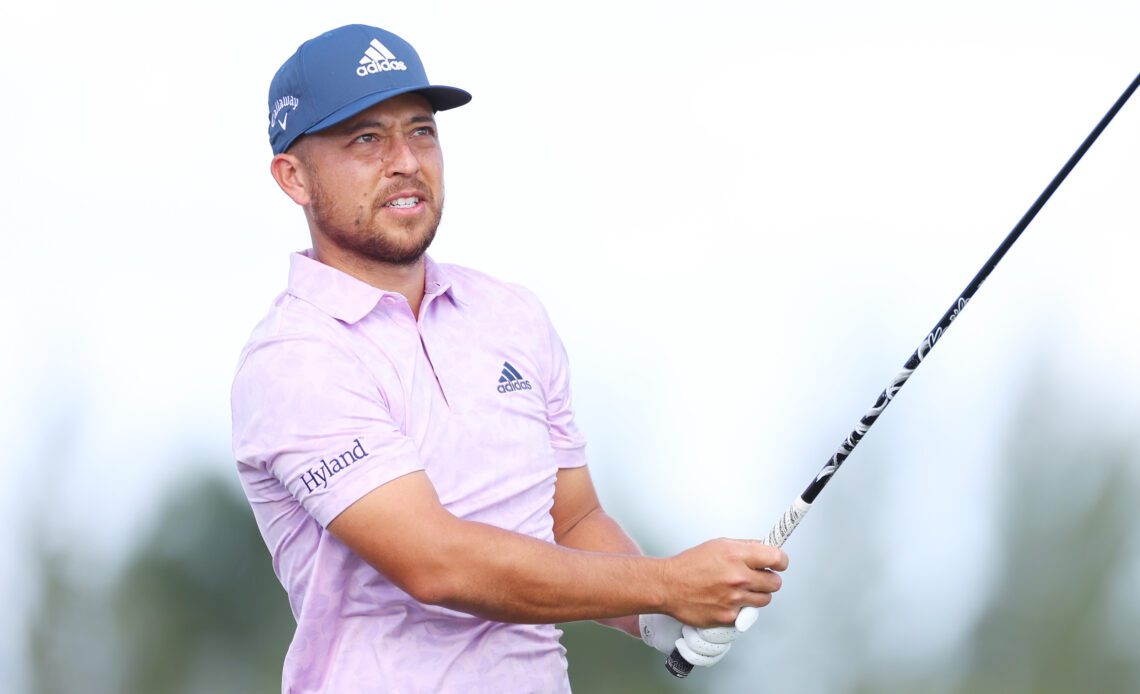 Xander Schauffele makes his 2023 debut this week at the Tournament of Champions at Kapalua and he’s doing so with some new equipment that has been very interestingly tweaked.

The World No.6 has a brand new Callaway driver in the bag for the event and made some tweaks himself by adding some white sharpie lines to give the look of grooves. GolfWRX is on-site this week in Hawaii and revealed that Schauffele’s caddie said: “Xander likes to see the face so he added sharpie lines (it’s not paint!)”

Hideki Matsuyama was disqualified from the Memorial Tournament for adding similar lines to his club face, although his markings were not made with a sharpie pen.

“But what was done there with that substance which is very much like a whiteout substance we would use at home, was a coating that was not only in the grooves but was very thick along the face, and now he’s applied a substance to the face, which renders the club non-conforming. Under 4.1a under the rules of golf, a player is disqualified if he uses a non-conforming club.”

A number of new Callaway driver heads recently appeared on the USGA Conforming Club list, with players set to use them in competition this week.

The event comes with an elevated $15m purse and a field that includes 17 of the world’s top 20 players. Xander Schauffele won the event in 2019, where he shot a final round 11-under-par 62 to beat Gary Woodland by one. He has won seven PGA Tour titles and captured the Olympic gold medal at Tokyo 2020.

– Tour Gear Round Up – New Drivers and Player Signings