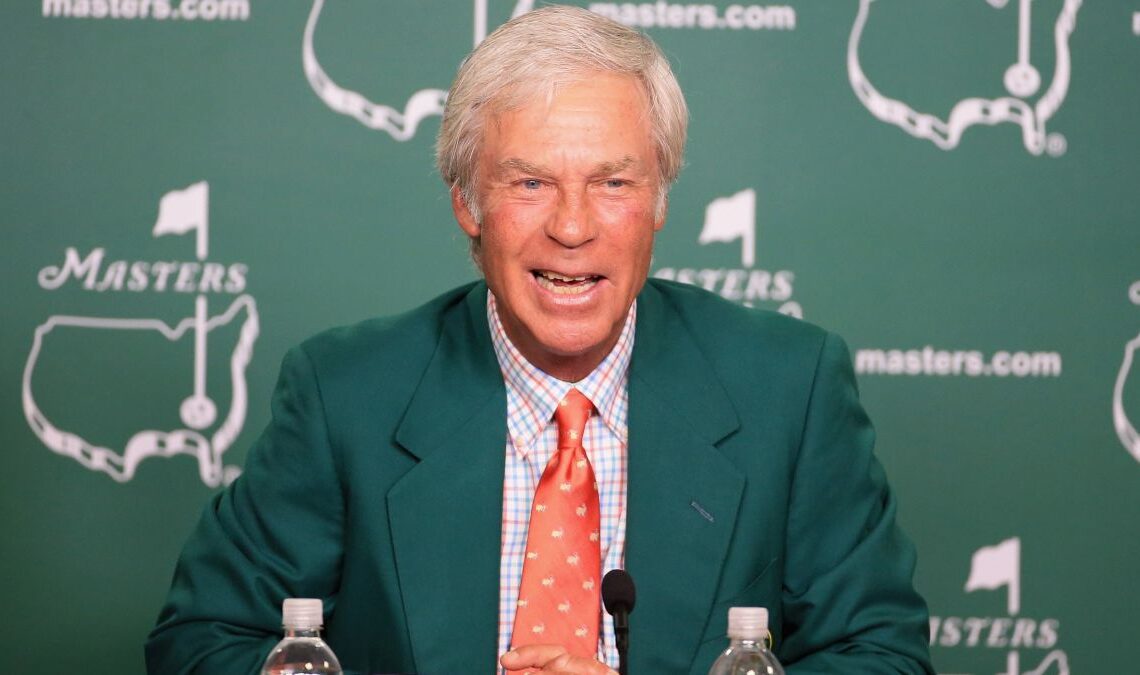 Two-time Masters champion Ben Crenshaw admits he’s worried about the divide between LIV Golf and PGA Tour players taking over the headlines at Augusta this year.

Augusta National officials have already said that LIV Golfers who qualify through the usual criteria will be allowed to play, but that’s raised to possibility of awkwardness and conflict clouding proceedings at the most prestigious event in golf.

Crenshaw slipped on the Green Jacket in 1984 and 1995 and admits he’s worried that the continuing battle raging in the golfing world will make the first Major collision of LIV and PGA Tour golfers a media circus that overshadows the tournament itself.

When asked by Golf Channel (opens in new tab) if he thought the Masters could turn into something of a media circus, Crenshaw replied: “I hope not, it’s a tournament in which the champion can change his whole life, it’s a life-giving memory, I hope the focus is on the champion and the tournament but I really just don’t know – I’ve been worried about it I’ll be honest.”

Top of the list of concerns is the traditional Champions Dinner on Tuesday night of the Masters, when six former champions who have now joined LIV will come face-to-face with their PGA Tour counterparts.

“I don’t know what’s going to happen,” Crenshaw added about the Champions Dinner. “Our job is to honour the champion Scottie Scheffler, not only for winning The Masters but for what a wonderful year he had last year – as he emerged as one of the best players in the world.

“It’s his night – each one of us has earned a lifetime exemption into the tournament, but our job is to honour Scottie as the champion.”

Crenshaw played against LIV Golf chief Greg Norman plenty of times, and although he did cast doubt on whether LIV could be a success he did admit it was a bold move in keeping with Norman’s playing style.

“I’d say this, I’ll never forget playing in the Shark Shootout 30 years ago where Greg announced we’re going to have an international tour – it was very much a surprise then.

“I played against him and had a lot of respect for how great a player he was – but this thing (LIV Golf) just seems pretty imbalanced, I don’t know where it’s going or if it’ll catch on, but it’s very bold.

“A very bold move, which is kind of like how he played – I think that’s the parallel there with LIV Golf, but we’ll see.”

Crenshaw says he’s sad to see the big split in…