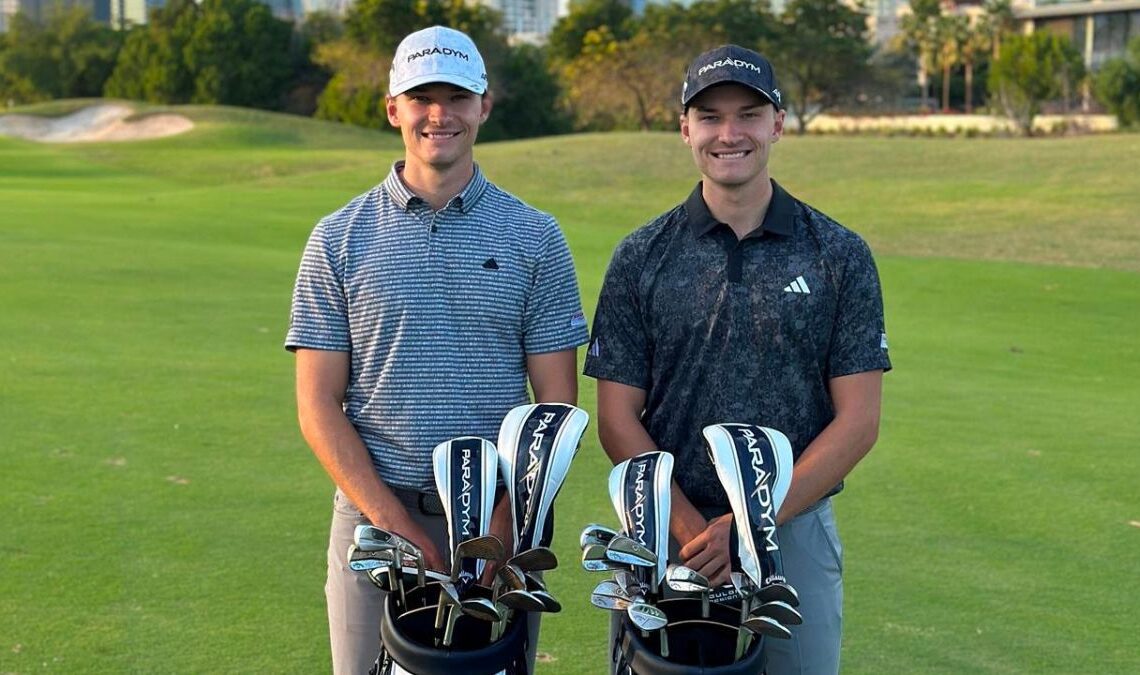 Rasmus and Nicolai Hojgaard have signed with Callaway for 2023.

The high-flying 21-year-old Danish twins, both already multiple winners on the DP World Tour, will use a full bag of Callaway and Odyssey products, including the newly-launched Paradym driver, and the Chrome Soft golf ball. They’ve both also put Callaway 2023 MB Proto irons in the bag, too.

The brothers made history in 2021 when they both won in consecutive weeks on Tour. Seven days after Rasmus picked up his third DP World Tour title at the Omega European Masters in Switzerland, Nicolai became the DS Automobiles Italian Open Champion.

In 2016, Rasmus went on to become Danish Amateur Champion and, two years later, Nicolai became the European Amateur Champion. They were also both members of the Danish side that won the European Boys’ Team Championship in 2017, and competed for Europe in the 2018 Junior Ryder Cup.

Rasmus currently ranks 102nd in the world, with a career-high of 63rd, with Nicolai currently 135th, having been as high as 67th.

Nicolai will make his 2023 debut this week at the Hero Cup after replacing brother Ramus who was forced to pull out due to injury. Both Nicolai and Rasmus will be hoping for strong years in order to make their Ryder Cup debuts at Rome’s Marco Simone Golf and Country Club in September.

Commenting on these significant new signings, Peter Harrison, Director of Tour Relations, Callaway Golf EMEA, said: “Rasmus and Nicolai join us at a hugely significant time in their careers. They are undoubtedly both superstars of the future, already proving they are born winners, and their Tour victories in recent years are just the beginning.

“We are thrilled to welcome them both to #TeamCallaway and offer them the very best equipment and technology to take their games to the next level, whether that’s on the DP World Tour, competing in golf’s Majors, or playing in future Ryder Cups.”

Rasmus commented: “Testing my new Callaway equipment during the winter has gone really well, and I can’t wait to start the 2023 DP World Tour season as a member of #TeamCallaway”

Nicolai added: “I’m super excited to put the new 2023 Callaway and Odyssey products into play this week as I tee it up in Abu Dhabi for Team Continental Europe at the Hero Cup”