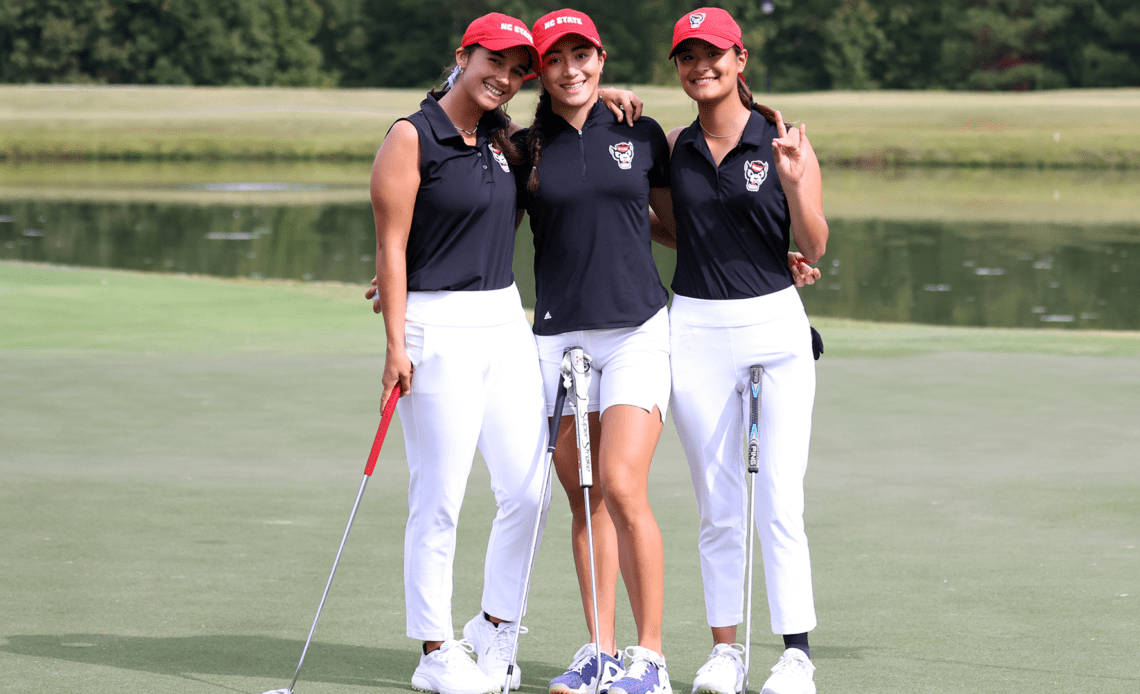 
Before heading into the spring portion of the 2022-23 collegiate season, NC State women’s golfers Vania Simont, Isabel Amezcua and Lauren Olivares Leon kicked off the new year with a trio of top-10 finishes in amateur championship action over the weekend.

Simont and Olivares Leon played the Abierto Sudamericano Amateur in Quito, Ecuador while Amezcua was in action at the Campeonato Nacional de Aficionadas in Guadalajara, Mexico.

At the South American Women’s Amateur, Simont finished third after 72 holes of stroke play. The Wolfpack freshman shot under par in the opening round and went 71-74-74-73 on the weekend to take home the bronze medal.

Olivares Leon finished just three strokes off of that with her 73-72-76-74 good for seventh place.

Amezcua added to the Pack’s success with a third-place finish of her own at the Mexican Women’s Amateur. She used a second-round 71 (-1) en route to a bronze medal of her own after a 73-71-76-72 weekend.

NC State women’s golf will return to team action Feb. 5-6 as it competes at the Collegiate Invitational in Guadalajara. That marks the first of five total tournaments the team will take part in before beginning its postseason at the 2023 ACC Championship in mid-April.