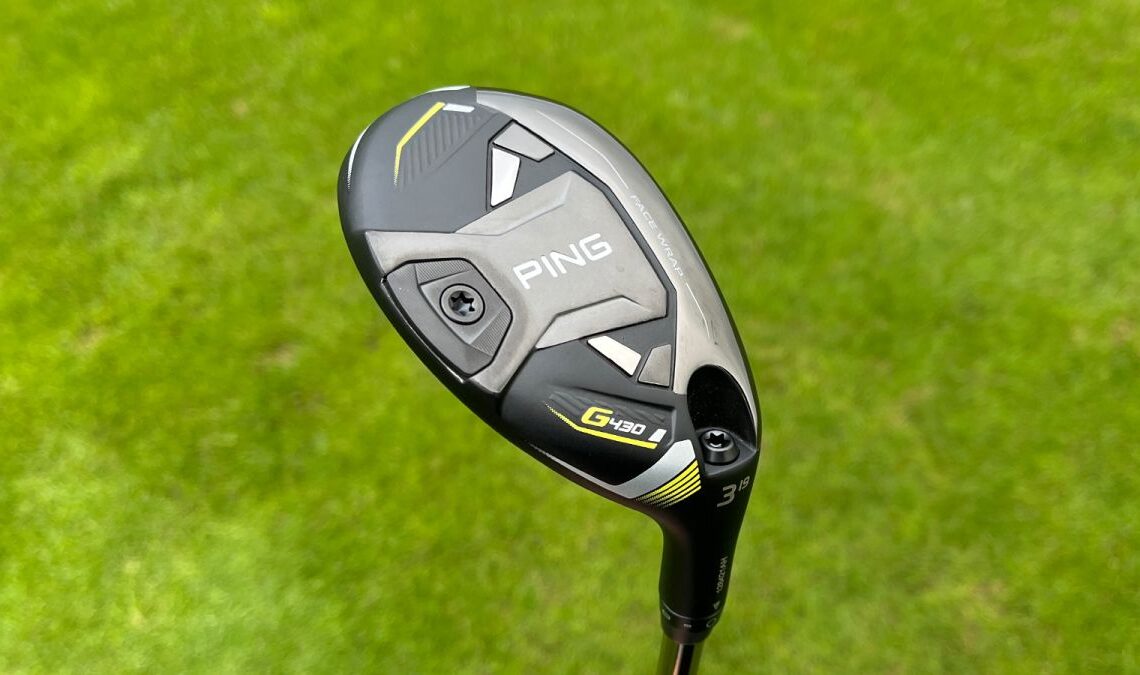 Ping has produced some of the most versatile and forgiving hybrids on the market in recent years and that trend doesn’t look as though it’s stopping anytime soon. The new G430 hybrid is all things Ping does well – clean, stylish aesthetics, along with performance that makes it easier to play your best golf more often.

The G430 hybrid features the same new Carbonwrap technology, as seen in the G430 fairways and LST driver. A new design made to save weight in the crown to lower the CG (centre of gravity) which helps produce more launch and speed. The head is fairly compact and the lines on the face aid alignment when at address. A singular grey dot on the top line is a simple yet classy alignment tool that replaces the three dots seen on the G425 hybrid. The sole sits flush to the turf making the club look shallow which inspires confidence. The acoustics of Ping clubs have sometimes been something that deters golfers from using them, but the G430 range certainly has had the iconic ‘tinny’ Ping sound toned down to make it a much more pleasurable sound through impact.

The G430 hybrid we tested was the 19° (3hy) model, but with an adjustable hosel that has eight positions, it’s easy to customize and dial in the ball flight you desire. There are six loft options available ranging from 17° (2hy) to 34° (7hy), perfect for those less confident with the longer irons and looking for help launching the ball with more stopping power on the stronger lofted clubs. From testing the G430 hybrid on a GCQuad Launch Monitor with Titleist Pro V1x golf balls, we found the G430 surprisingly long for how forgiving and versatile it is.

The G430 gave me 145mph ball speed while producing and an average of 234 yards of carry – more than enough distance to use this off the tee on tighter holes and exactly where I would want to see a three iron replacement. The average angle of descent was 42° meaning holding greens from distance was not an issue with the ball landing as if struck by a mid iron.

The Ping G430 hybrid is also ultra forgiving on miss-hits and provides a strong, powerful flight when struck well. It also performed decently out of a multitude of lies – playing from the rough was not an issue as the ball jumped off the face and performed well from shots struck low on the face. The ease of use of the G430 hybrid is partially thanks to the tungsten backweight which was added so the perimeter…