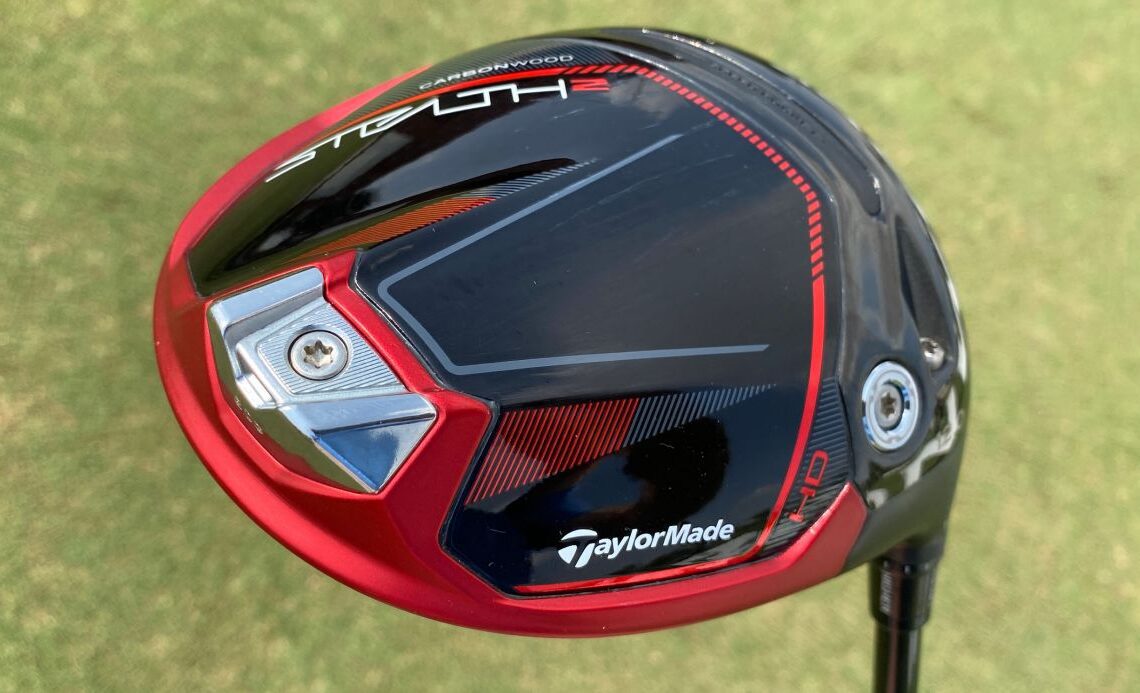 There are still 60 layers of carbon, but the inverted cone variable face thickness on the back has been modified to increase the maximum COR area, or sweet spot, by 20 percent. The majority of this gain is towards the heel side of the centre which makes it very forgiving, especially for those who mis-hit low and to the inside of centre.

Don’t worry if that’s you, as apparently that is where Rory, DJ and Tiger have their misses too. Just by not as much. Still, everyone will benefit and the weight saving has gone to the back of the head in the 30g weight. This is 10g more than the standard model and increases the MOI to make it one of the most forgiving drivers in the market.

What TaylorMade has also done to make the Stealth 2 HD driver more forgiving is to give it a 0.25 inch shorter shaft at 45.5 inches, a 2° upright lie as standard and a deeper more rounded head. All these things will help promote a slight draw bias with a higher flight, hence the HD High Draw suffix, putting it as one of the best drivers for slicers.

In testing this certainly proved to be the case with the TaylorMade Stealth 2 HD driver giving a consistently higher flight than the other Stealth 2 models. Depending on your current shot preference it will straighten a fade or put a slight draw of 5 to 10 yards on if you hit it straight. But if you hit it straight you probably won’t need this driver and if you have a full on slice then the TaylorMade Stealth 2 HD driver will work in conjunction with a series of lessons. Either way, this is one of the best TaylorMade drivers in its range.

At address the more rounded head (above right) looks the best of the three Stealth 2 heads to me and the addition of a matt leading edge, gloss crown and red colour to the back of the crown gives it a classy look.