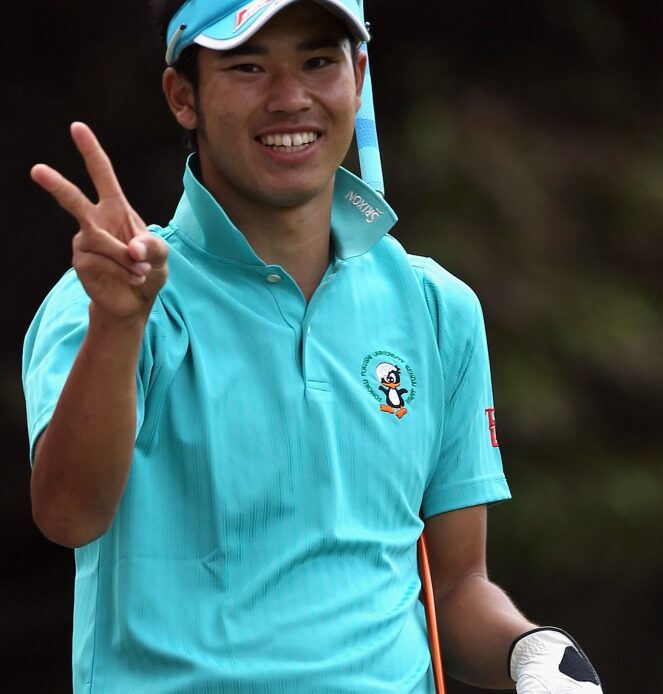 Hideki Matsuyama was a little surprised to win last year at the Sony Open in Hawaii.

After all he did have to shoot 63-63 on the weekend with a back-nine 31 on Sunday to force a playoff with Russell Henley, where he won on the first hole after he stuffed a 3-wood to two feet on the par-5 18th.

Despite the good vibes at Waialae Country Club following last year’s win, Matsuyama isn’t expecting too much this week in Honolulu.

“I been having a little trouble with my neck recently. I wasn’t able to practice as much as I can for the last couple months, but the game is trending going forward,” Matsuyama explained in his press conference on Tuesday. “So I can’t expect too much, but I’m really looking forward to this week.”

Matsuyama began having issues with his neck last March at the Arnold Palmer Invitational at Bay Hill in Orlando, and the problem persisted until late last year.

“Every time I played golf it was — the pain was coming back,” Matsuyama explained. “So I’ve been working with the doctors, too, and I’ve been getting some good advice, so I feel like it’s getting better and better.”

As far as solutions to his neck problem, the 30-year-old from Japan has added to his training but said rest is the key. For Matsuyama, resting might be the most difficult of the two, seeing as he’s played in at least 20 events each year on the PGA Tour dating back to 2014.

Matsuyama has made the cut in each of his five starts this season but has failed to contend. Following his WD at the Cadence Bank Houston Open in November, Matsuyama finished T-21 among the field of 39 players last week at the Sentry Tournament of Champions.

While Matsuyama may not be at his peak this week, his good is still better than a lot at their best. Despite his injury issues last year, Matsuyama still managed to earn six top-10 finishes, including two wins and just one missed cut.

Sure, don’t expect too much from Matsuyama this week. But don’t sleep on him for too long, either.

Photos: Hideki Matsuyama through the years