As he turns 100, golfer says he won’t stop playing 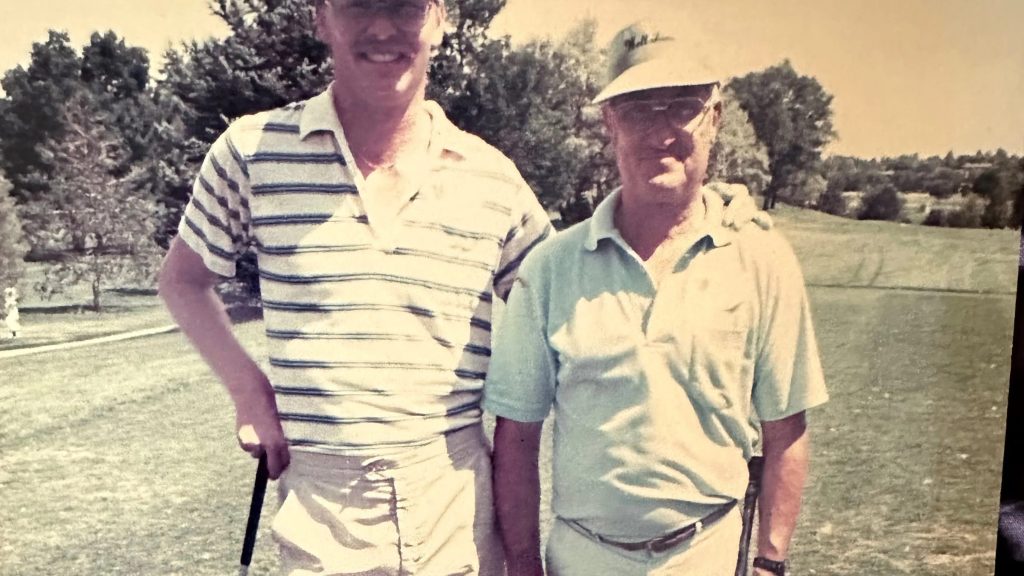 That’s not unusual since the median age of a golfer in the U.S. is 54, according to the National Golf Foundation.

That’s impressive, especially since the odds of an average player hitting a hole-in-one are 3,000-to-1, according to the National Hole-in-One Registry.

That can be described as extraordinary because Sabados celebrated his 100th birthday Wednesday, Jan. 4.

Sabados was born on Jan. 4, 1923, in Dacono, Colorado, south of Denver’s suburbs. One of eight children, his home was located off a dirt road. It had a well pump and a coal-burning stove in the kitchen. Many homes in the area still had outhouses, too.

Sabados played multiple sports — from football to boxing — as a youth and in high school, graduating in 1941. He initially worked as a stock clerk and later in the Baum coal mine for $6.48 a day before he joined the Navy at age 20 as a radioman.

Sabados was stationed in Okinawa and had a few close calls while serving but was never injured. When World War II ended in 1945, Sabados returned to Colorado. He married, had two sons and remained active in sports —primarily baseball and fastpitch softball, even playing against the popular barnstorming team, The King and His Court.

Sabados worked at The Rocky Mountain Arsenal until he retired at age 58.

It was around that time in 1981 when Sabados’ son, Randy, introduced his father to golf. The pair went to the driving range and John learned the game’s rules, even if he didn’t agree with a stroke penalty, plus distance, when a shot lands out of bounds.

“Mom was happy because he was driving her nuts around the house,” Randy said and laughed. “I asked, ‘How about I take him out to golf?’ And Dad immediately fell in love with it.”

Sabados was a familiar face at his hometown course in Colorado, playing in tournaments and weekly groups. He later served on the Board of Directors and as the club’s president. Playing off the forward tees, Sabados celebrated his 75th birthday by shooting a 4-over par 76. He also worked…