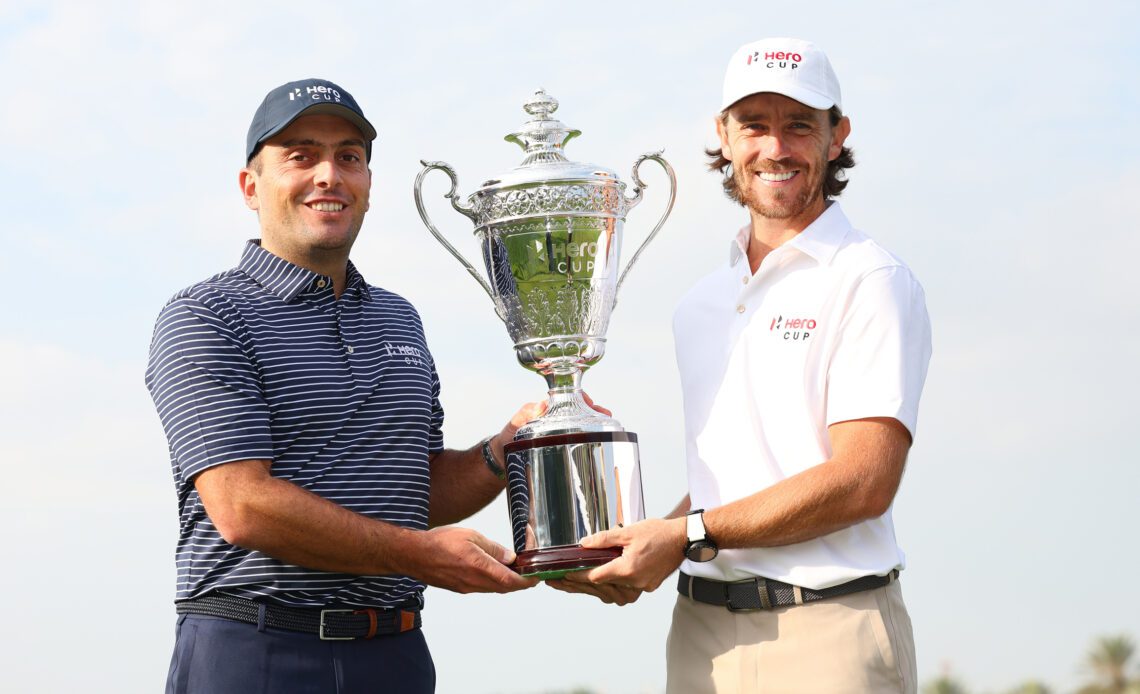 Europe’s Ryder Cup captain Luke Donald, along with playing captains Tommy Fleetwood and Francesco Molinari, have announced the pairings for day one’s play at the Hero Cup in Abu Dhabi.

The Hero Cup pits ten players from Continental Europe up against ten from Great Britain and Ireland, similar to the Seve Trophy that took place eight times between 2000 and 2012.

Nicolai was a late addition to the event, replacing his twin brother Rasmus who withdrew with an injury.

The format for day one is five fourball matches, with five points up for grabs. Day two and three will each see five foursomes games before 10 singles match-ups in Sunday’s final round.