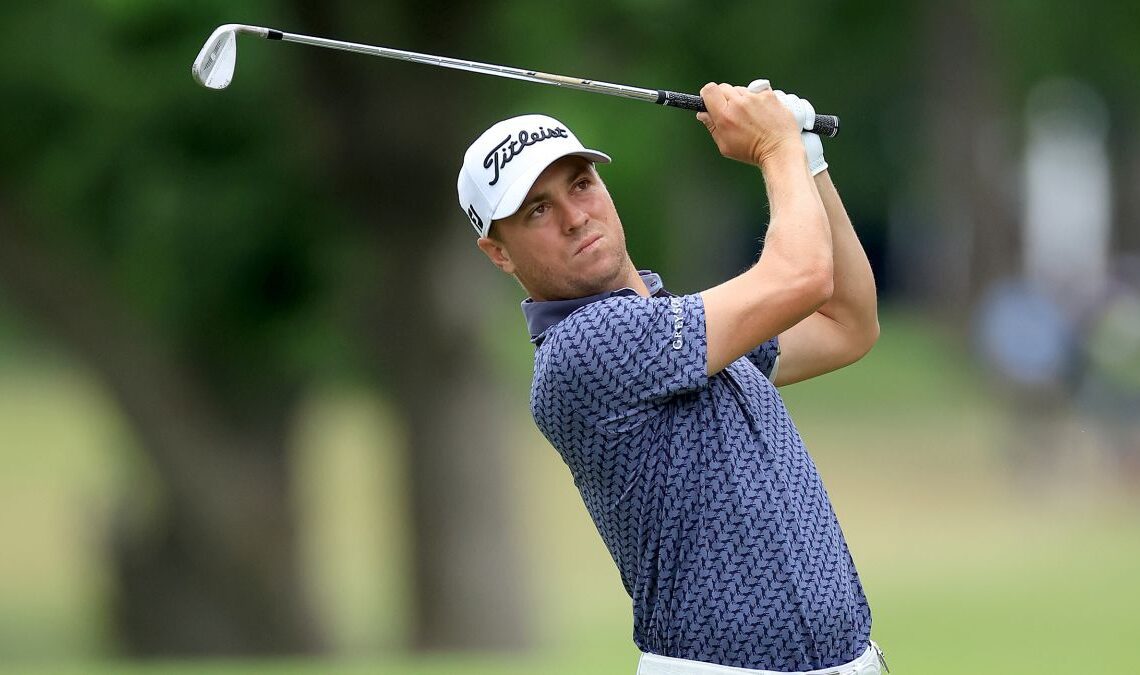 Justin Thomas has fast become one of the most exciting and successful players on the PGA Tour and is one of the biggest names in the sport.

Since turning professional in 2013, the American has been on a meteoric rise, winning two Majors, the Players Championship, reaching the World No.1 spot and achieving many more high accolades.

Get to know Justin Thomas better with these facts…

1.  He was born in Louisville, Kentucky.

3. Thomas and Jordan Speith (opens in new tab) have known each other since they were 14.  They have become firm friends, with both players representing the US in the 2007 Evian Junior Masters. The pair have gone on to form a formidable partnership in US teams at the Ryder Cup and Presidents Cup.

4. Golf runs in the Thomas family, with both his father and grandfather playing professionally. His grandfather played in the US Open, where he was once paired with Arnold Palmer.

5. Justin began playing golf at the age of two. His father Mike, a club pro, introduced him to the game and continues to be his coach and mentor.

6. Aside from winning a Major, Thomas had two main goals in golf. To be World No.1 and to make the US Ryder Cup (opens in new tab) team. He achieved both of those goals in 2018.

7. Thomas made his PGA Tour debut at the 2009 Wyndham Championship at the age of 16, four years before turning pro. He is the fourth-youngest player to make the cut on the PGA Tour.

9.  Justin is a huge University of Alabama football fan after attending the university and playing his college golf there.

10. Thomas is married to Jillian Wisniewski (opens in new tab). The pair tied the knot in an intimate ceremony…