MACK HOPING TO ENJOY EVERY MOMENT OF NEW ADVENTURE 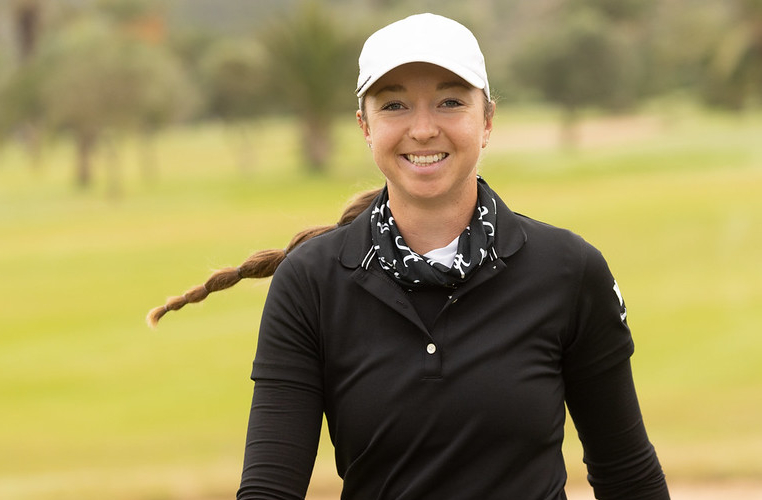 Polly Mack had an excellent end to the 2022 season managing to secure status on both sides of the Atlantic in December.

The German finished T15 at the Final Stage of LPGA Q-Series before heading to Spain where she was joint-top of the leaderboard at the end of LET Final Qualifying.

Mack carded rounds of 68, 68, 66, 73 and 71 on the North and South courses at La Manga Club to be tied at the top alongside her compatriot Alexandra Försterling.

Speaking at the time, the 23-year-old said: “It feels great! These last couple of week couldn’t have turned out any better.

“I’m honestly just really really happy with this outcome and going into the off-season with this feeling is really nice. I’m ready to get some rest!”

Mack turned professional halfway through 2022 once she had graduated from college and made a stellar debut on the LET a month later.

In her home tournament, the Amundi German Masters, the former Alabama Crimson Tide player ended the contest at Seddiner See in a share of fourth place and finished in style with a hole-out on the last from her second shot.

With a record-breaking LET schedule to look forward to this coming year, with the biggest prize money in the organisation’s 45-year history, Mack is excited to play all over the world.

She explained: “It means a lot to get the LET status. I am German and it’s nice to have both and have the options and more opportunities. I’m really looking forward to 2023, with the schedule and I think it’s going to be exciting.

“I think I’m just looking forward to meeting some great players on the LPGA Tour as well as the LET and just enjoying every single moment of Tour life. I don’t have any words right now, but I’m super excited about the whole experience and can’t wait for it to start.”

Probably sushi or a good dessert. I would say like a chocolatey dessert with some vanilla ice cream.

I do have a few, I think my favourite one is probably P Mack.

I would say driver but close behind is my two-iron.

Tiger [Woods] would probably be in there, Nelly [Korda], maybe Lexi [Thompson] too.

Tough one, but maybe an old Rihanna song.