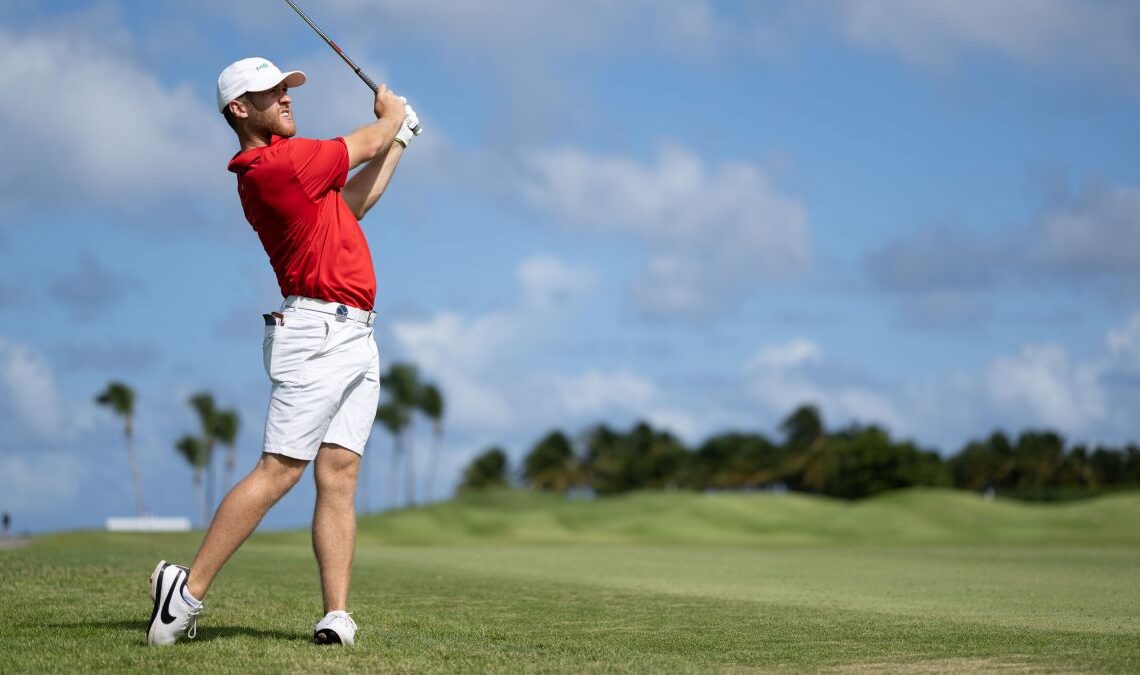 Carrera came flying out of the blocks on Friday, birdieing his first two holes to reach seven-under-par. He made further gains at the 6th, 12th and 14th holes to card a second consecutive 67 and reach 10-under-par for the tournament. He’s a shot clear of Argentina’s Mateo Fernandez de Oliveira.

“It feels good. I have stayed patient and made some putts,” said Carrera. “Yesterday I didn’t get off to a good start but today was more smooth. The wind was tough but I played well and trusted my game.”

“Yeah, I got a lot of confidence winning the Canadian Amateur,” he said. “I know now in pressure situations that I can do it. You have to have four good rounds in this event though so I’m not getting ahead of myself.”

Argentina’s Mateo Fernandez de Oliveira also posted a second round of 67. That followed an opening 68 and he’s a shot off the lead. His round included five birdies, an eagle and two bogeys.

“I think my mental game was strong today,” he said. “I had a couple of tough breaks with mud balls that really sent me off line but I got past those well and I chipped in for eagle on the sixth, so that helped a lot.”

Fernandez de Oliveira was playing with Julian Perico of Peru who shot a round of the day 66 to reach eight-under-par. The 23-year-old goes into the weekend in third place. Perico is playing in his sixth LAAC and has finished in the top-10 on three occasions.

“It feels great to play well again,” he said. “This is my last one and I just want to have fun, I’m more calm, and I’m hitting good shots so I feel good and it’s nice to be in the mix. I think I’m more mature now and I’ve lost a few chances in this event in the past so I hope I’ve learned from those.”

Perico almost made an albatross on the par-5 14th hole. He hit a four-iron that homed in on the pin, it struck the middle of the stick and very nearly dropped in for a two.

“Yes, I held it up against the wind and I knew it was good,” he said. “I was trying to make a four but a three was a nice bonus. A two would have been unreal!”