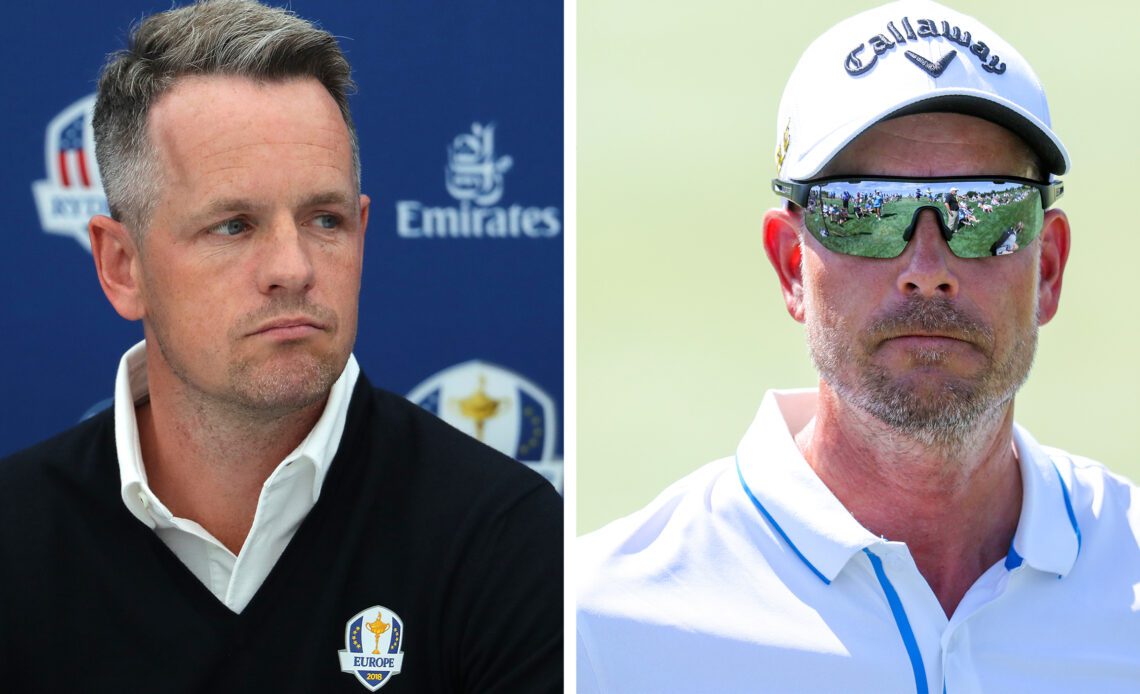 European Ryder Cup captain Luke Donald has admitted that the presence of the man he succeeded at this week’s Abu Dhabi HSBC Golf Championship could be uncomfortable.

Swede Henrik Stenson had been named team Europe’s Ryder Cup captain for the biennial tournament getting under way in September at Marco Simone Golf and Country Club. That all changed when the 2016 Open champion elected to join LIV Golf last July and was stripped of the captaincy, with Donald the beneficiary of the decision.

Speaking to The Telegraph (opens in new tab), the 45-year-old revealed that, despite the unusual situation, he and Stenson remained in touch. He said: “At the beginning, when I became captain, we swapped some messages, and there are no issues. From my standpoint it will be fine this week.” Nevertheless, he also admitted that, for Stenson in particular, this week’s tournament could be uncomfortable. He said: “Potentially. It’s just a strange situation isn’t it? But he’s obviously playing, so it seems like he is fine to be around [the Tour].”

There are question marks over the eligibility of LIV Golf players on the DP World Tour, which will be addressed next month in court. Donald said a resolution on the issue will help him as the tournament draws closer. He said: “To get some clarity will definitely help me. Hopefully, we’ll have a bit more of that in a few weeks. But it’s not in my control, you know, and I’ll deal with it either way. My job is to get 12 guys in that teamroom, all on the same page, willing to win the Ryder Cup.”

One player who appears to have extinguished his Ryder Cup hopes is Team Europe’s record points scorer, Sergio Garcia. The LIV Golf player will neither participate this week nor in next week’s Dubai Desert Classic – both tournaments that offer Ryder Cup points. However, Donald explained he had been in contact with the Spaniard and there appear to be no hard feelings over the issue. He said: “I have spoken to Sergio quite a few times since I’ve been captain. I mean, he’s cool with me. He understands my role and that I don’t have much influence on a lot of this stuff going on right now, so. But yeah, we’ve had some conversations, which I’ll keep private.”

Donald recently hinted that LIV Golf players’ Ryder Cup careers were over as he turns to youth, with the expectation that some players involved in last week’s Hero Cup will appear in Italy alongside more established players, including Rory McIlroy and…