Should You Use A Low Spin Driver? 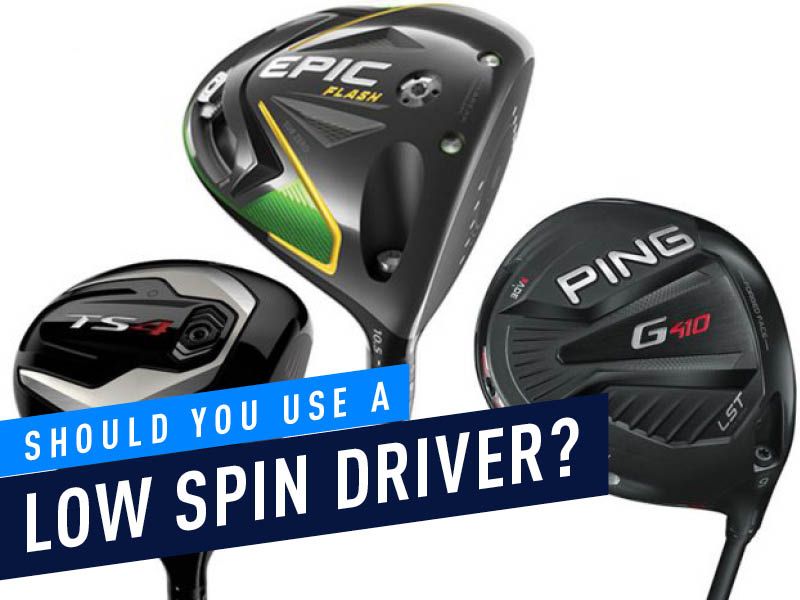 Various brands offer low spin models of driver so we ask whether you should be using one.

Should You Use A Low Spin Driver?

One of the most important clubs to get right in your bag is the driver and there are countless different brands you can go to. Within each brand you can also have models that cater to different swing speeds, shot shapes and styles.

So the question remains, should you be using a low-spin model like one of the ones mentioned below?

It’s an important question, this time prompted by some recent driver launches, notably Titleist’s TS4 and Ping’s G410 LST. It’s a question being asked not just because of how these new models compare to the ‘standard’ ones, but because the launches were staggered, with the new versions arriving much later than other models within the same ranges.

The clue is really in the name – if you spin the ball to a greater degree than is optimum for your club speed or the way you deliver the club, then yes, you could consider a low-spin driver. If you have a very downward attack angle or a very high swing speed, a low-spin driver could improve performance on centre hits, but beware, as there are some sacrifices, which are mostly focused around off-centre forgiveness.

We’ve found slight off-centre hits, especially those from the toe, see a much more significant reduction in carry distance and accuracy with low-spin drivers. Some low-spin models don’t spin as little as we were expecting – that was certainly the case with the Ping G410 LST. But its smaller size does mean the clubhead isn’t as stable, which is why only a small percentage of golfers who are blessed with consistent golf swings will benefit.

In fact, even low-handicap, high-speed players may prefer the extra accuracy that comes from having a little more spin. The chances are they could get away with a low-spin driver, but we’ve found that most standard drivers can be built with a loft and shaft combination that offers low enough spin without the drop-off in forgiveness.

Obviously, before thinking about purchasing a low spin driver, custom fitting is a must.