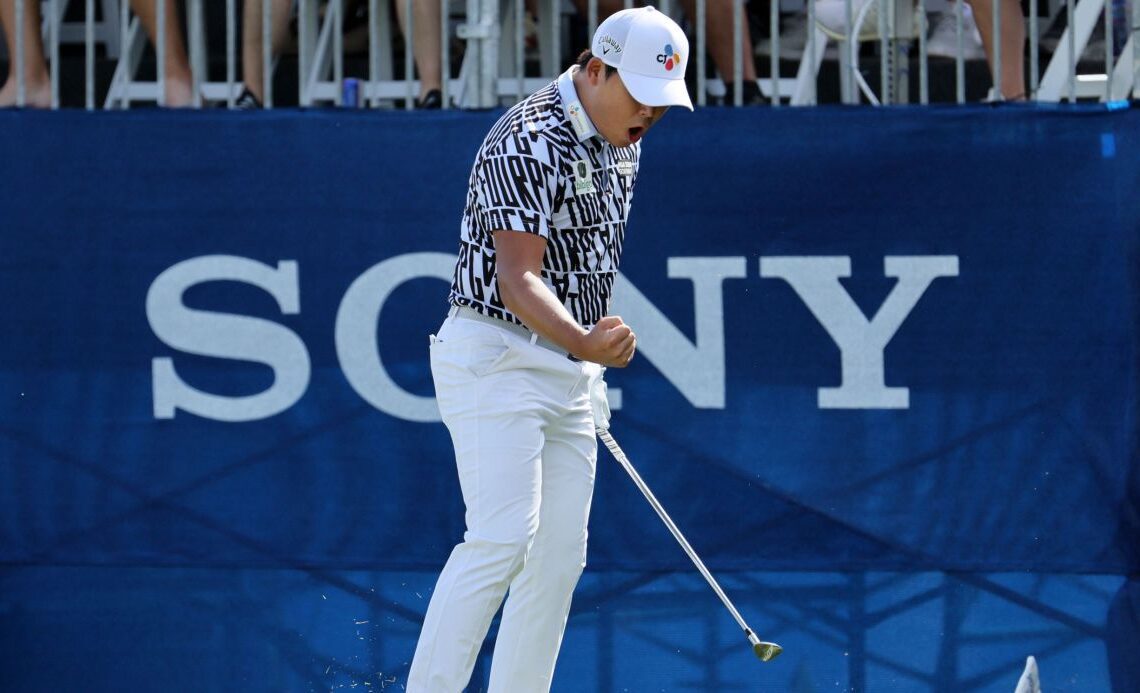 In the final tournament of the Hawaii swing, it was Si Woo Kim who claimed the title, as a stunning and enthralling final round concluding with the 27-year-old birdieing the final two holes to lift the Sony Open trophy and a fourth PGA Tour win.

Beginning three shots back of overnight leader, Hayden Buckley, Kim was looking to secure his first PGA Tour title since January 2021 and, when he carded three straight birdies to open his final day, it was clear that the South Korean meant business.

Throughout the final round, we would see a straight up battle between both Kim and Buckley, as both traded birdies with one another. Despite closing out his front nine with two birdies and two bogeys, Kim was still only one shot back of his American opponent with nine holes remaining.

Again, nothing could separate them as they headed down the stretch, with Buckley keeping his slim one shot advantage intact with just a handful of holes remaining.

Ultimately though, the experience of Kim shone through and, on the 17th hole, the pivotal moment happened, as the 27-year-old chipped in from off the green for a birdie and to draw alongside Buckley. That was then followed by a crucial birdie at the par 5 18th, meaning that Buckley would need a birdie to force a playoff, or an eagle to win outright.

Unfortunately, the 26-year-old couldn’t manage either, with Buckley unable to get up-and-down from just off the green as he failed in his bid to secure a first PGA Tour title.

Speaking about his victory, Kim stated: “It’s like the first time, winning my first event… it can’t be better than this. It is really exciting and a lot of the season is left. I’m trying to get more confidence and then hopefully more wins.”

For Buckley though, it was heartbreak, as the American felt he “had control of the tournament pretty much the whole way”, but “a late miss on 15 from three or four feet really hurt.”