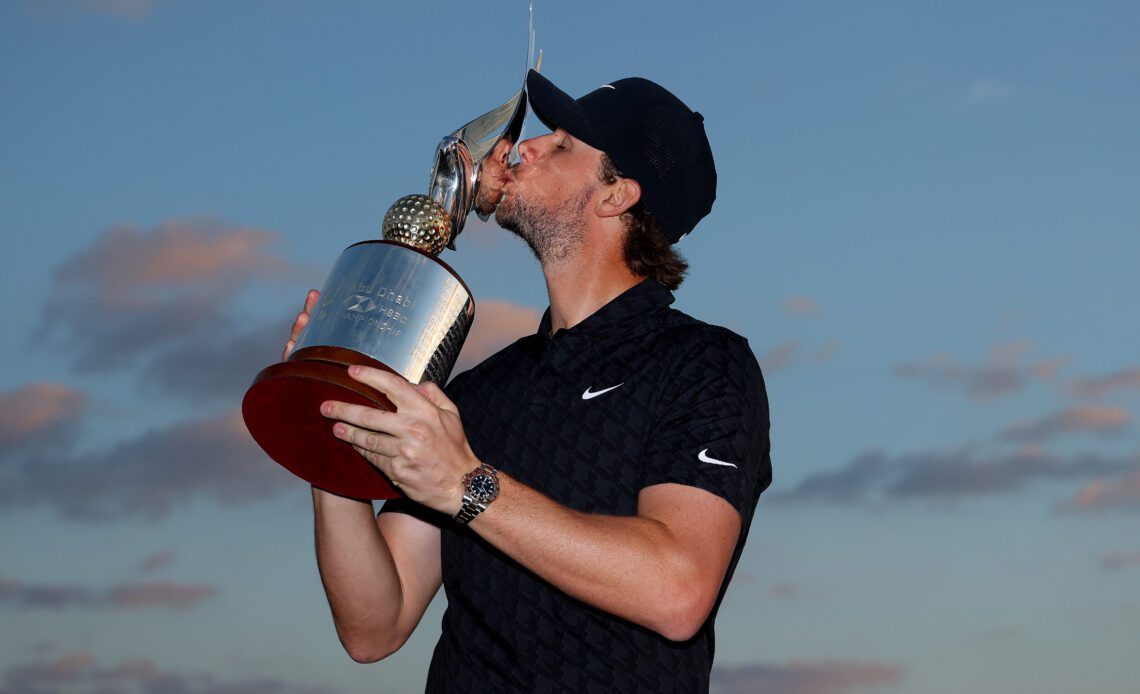 The first DP World Tour event of the year takes place at Yas Links in the United Arab Emirates.

As a Rolex Series tournament, the Abu Dhabi HSBC Championship is one of the most prestigious of the season, and there are some interesting names in the field vying for a percentage of the attractive $9m purse.

Last year, Belgian Thomas Pieters completed his first Rolex Series win in the tournament beating Rafa Cabrero-Bello and Shubhankar Sharma by one shot to claim the biggest title of his career. The 30-year-old returns hoping for his seventh DP World Tour title, along with the two players he edged out last year.

In 2022, three of the world’s top 10 at that time – Rory McIlroy, Collin Morikawa and Rory McIlroy – competed, but while no one in that elite group play this week, there are still some intriguing names in the field. The highest-ranked player is World No.20 Shane Lowry. The Irishman will be hoping to replicate his success four years ago when he won by one shot. Two-time winner Tommy Fleetwood also appears, aiming for a hat-trick of wins to add to his back-to-back victories in 2017 and 2018. Meanwhile, World No.26 Tyrell Hatton, who won the tournament in 2021, also plays.

A host of LIV Golf players are also in this week’s field, including Lee Westwood, Patrick Reed, Henrik Stenson and Ian Poulter. Westwood is a former champion, having claimed a two-shot victory three years ago – his most recent win. Meanwhile, Stenson, who was stripped of the Ryder Cup captaincy when he signed the LIV Golf, tees it up in the same tournament as the man who replaced him as captain, Luke Donald.

As well as the attractive prize money for LIV Golf players in particular, the event offers a rare chance for them to accumulate precious Official World Golf Ranking points, with 26 on offer to the winner. Whoever does claim victory will earn $1.53m.

Below is the complete field and prize breakdown for the 2023 Abu Dhabi HSBC Championship.