No locker room for players at Tournament of Champions 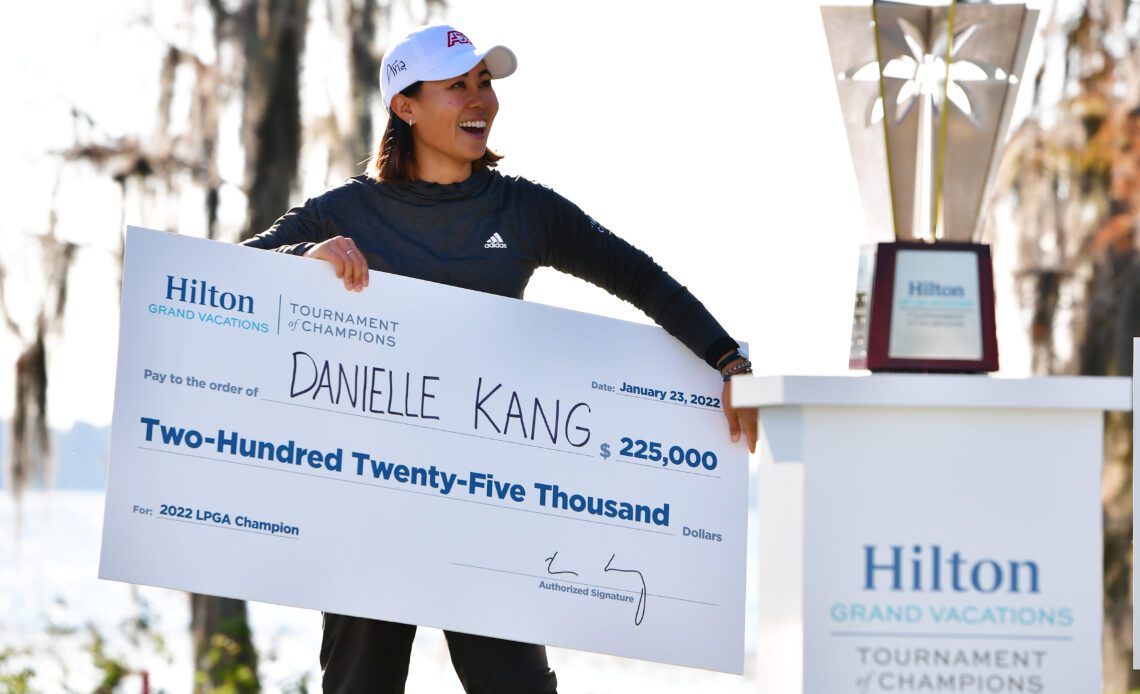 ORLANDO, Florida – There’s no locker room for players here at the LPGA’s season-opener, an event designed to celebrate those who have hoisted trophies over the past two years. Don’t be surprised to see players at the Hilton Grand Vacation Tournament of Champions changing their shoes in the parking lot.

Lake Nona Golf and Country Club has a men’s locker room that would’ve been more than suitable for the 29 players in the field. LPGA players can use the bathrooms and showers in the women’s facility, but there’s no place for them to store anything while they’re on the course. That area is also not private.

Matilda Castren can’t imagine something like this playing out on the PGA Tour. Grant Waite, a former winner on the PGA Tour, was on the range at Lake Nona on Tuesday working with his student, Jodi Ewart Shadoff, and confirmed that he never played in a PGA Tour event that didn’t have access to a locker room.

Castren inquired with an LPGA rules official about the situation on Monday and was told that it was non-negotiable with the tournament, but that the LPGA wouldn’t be strictly policing it.

“The guys would never agree to an hour of practice each day,” Castren said.

An LPGA official said what was written on the memo applied to last Sunday only, though there’s a section on the memo directly underneath the lines in dispute that read, “Sunday, January 15th” in bold and underlined type, followed by four lines explaining the rules specifically laid out for Sunday.

Aaron Stewart, VP of sports marketing at Hilton Grand Vacations, said that players were never restricted to one hour of practice and were free to practice even without scheduling a practice round.

“Once they have their credentials,” he said, “it’s their course.”

As for the locker room, a tour official said that due to the hospitality setup, the…