Who Is Jordan Spieth’s Caddie? 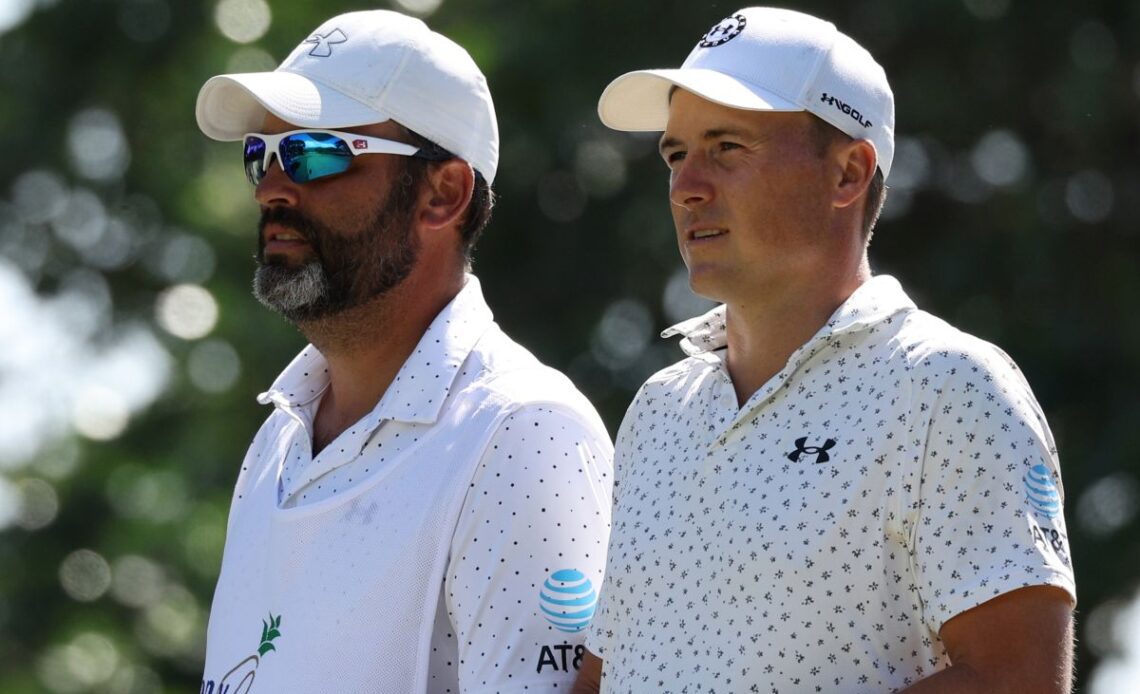 Who Is Jordan Spieth’s Caddie?

One of the closest player-caddie relationships on Tour is that of Jordan Spieth and his caddie Michael Greller. The pair have worked together since 2011, during which time Spieth has won three Majors.

Greller is 15 years older than Spieth and had a full-time job as a maths teacher when he first met the then much-talked about young star in 2011. Prior to taking the bag, Greller was a high school teacher living and working in Seattle. He had been earning some extra money on the side caddying in his local area when Spieth came to his home town to compete in the US Junior Amateur.

The two teamed up and, needless to say, Spieth was victorious. The following year, they joined forces again when Spieth, the world’s leading amateur at the time, made the field for the 2012 US Open.

When Spieth turned professional, Greller intended to take one year away from teaching to caddie, expecting his player’s progression to be more gradual. However, halfway through his first season as a professional, Spieth won the John Deere Classic becoming the first teenager to win on the PGA Tour since Ralph Guldahl in 1931.

In 2015, Spieth enjoyed one of the greatest seasons on record, landing both The Masters and US Open at Chambers Bay – which Greller knew particularly well having married his wife Ellie there – before coming up just shy at St Andrews and then again at the US PGA.

One of their most iconic wins came at Royal Birkdale at the 2017 Open where Spieth went on an incredible run over the closing holes. It was a pep talk from Greller that kickstarted his final round, just as the wheels had started to wobble.

“Michael did a great thing. On the seventh tee box, he said, ‘Do you remember that group you were with in Cabo (Michael Jordan and Michael Phelps) last week? You belong in that. You’re that calibre of athlete and I need you to believe that right now because you’re in a great position in this tournament. This is a new tournament. We’re starting over here’.

“It changed me a bit mentally. I thought about it while I was over some of those key three-four footers that I made on seven and eight and then the 10-footers on 11, 12 – then all of a sudden the lid came off. I thought it was so well said. It was just at the right time and I’ll never forget what he told me, when he told me and the significance it had.”

The pair are renowned for plenty of pre-shot chatter, most of it coming from Spieth, and…