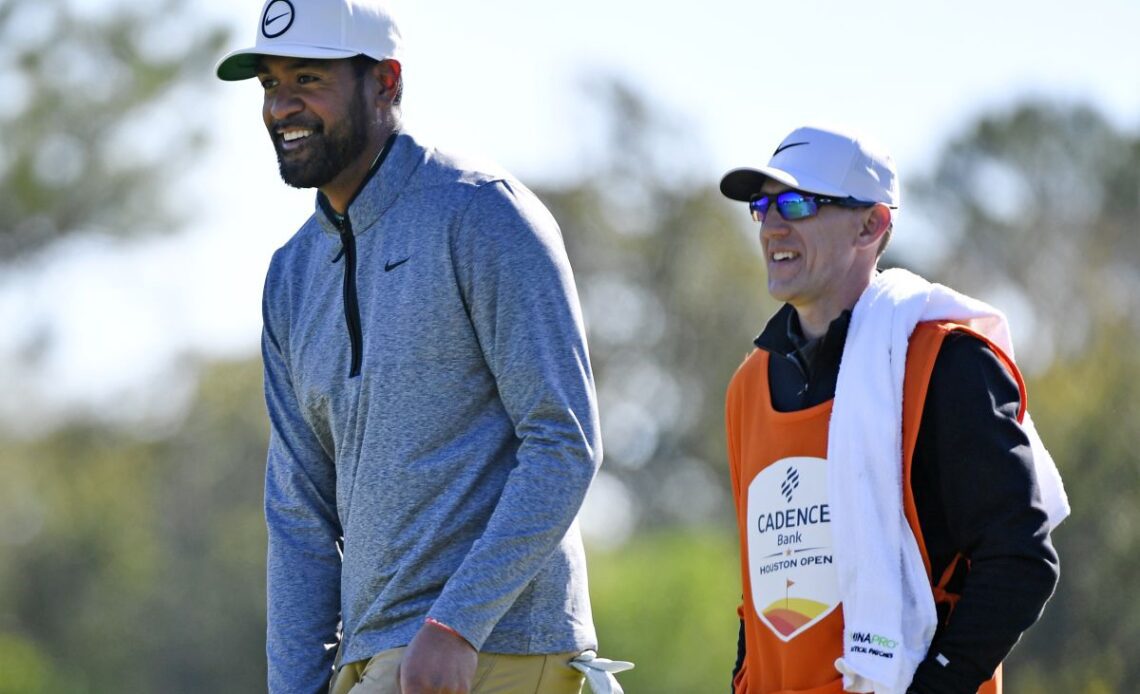 Who Is Tony Finau’s Caddie?

Mark Urbanek has caddied for James Hahn, Matt Davidson and Charlie Wi before, and he played collegiate golf at William and Mary. Indeed he is quite the player in his own right, and once shot 62 to win his home course club championship.

Urbanek, who grew up in Princeton, New Jersey, took up Finau’s bag at the 2020 PGA Championship. The big-hitting American has had his coach Boyd Summerhays on the bag in the past, although Urbanek, who won the 2015 Northern Trust Open with James Hahn, is his number one looper.

Finau’s previous caddie was Gregory Bodine. The pair had crossed paths on the course before because Bodine often travelled with his cousins, Andrew and Michael Putnam, who are both pro golfers.

Bodine heard that Finau was looking for a caddie during his rookie year on the PGA Tour, in 2014-15, and decided to send him a Twitter message to see what could happen.

The pair joined forces, and soon tasted victory together, at the 2016 Puerto Rico Open. However, after six years, the partnership came to an end. Finau described their time together as “a great run”.

“We were together for six years and it’s a tough thing, you know,” he said in July 2020. “On a personal level, I love the guy and on a business level I felt it was time for a change in my situation and something just different.”

In the not-too-distant past, Finau has been criticised for his lack of titles, despite clearly having the game to consistently challenge for the game’s biggest honours. However, the victories have been flowing of late, and the American now has five on his PGA Tour resume.

Clearly Urbanek, who says he enjoys motivating people, has had a positive effect on his boss.