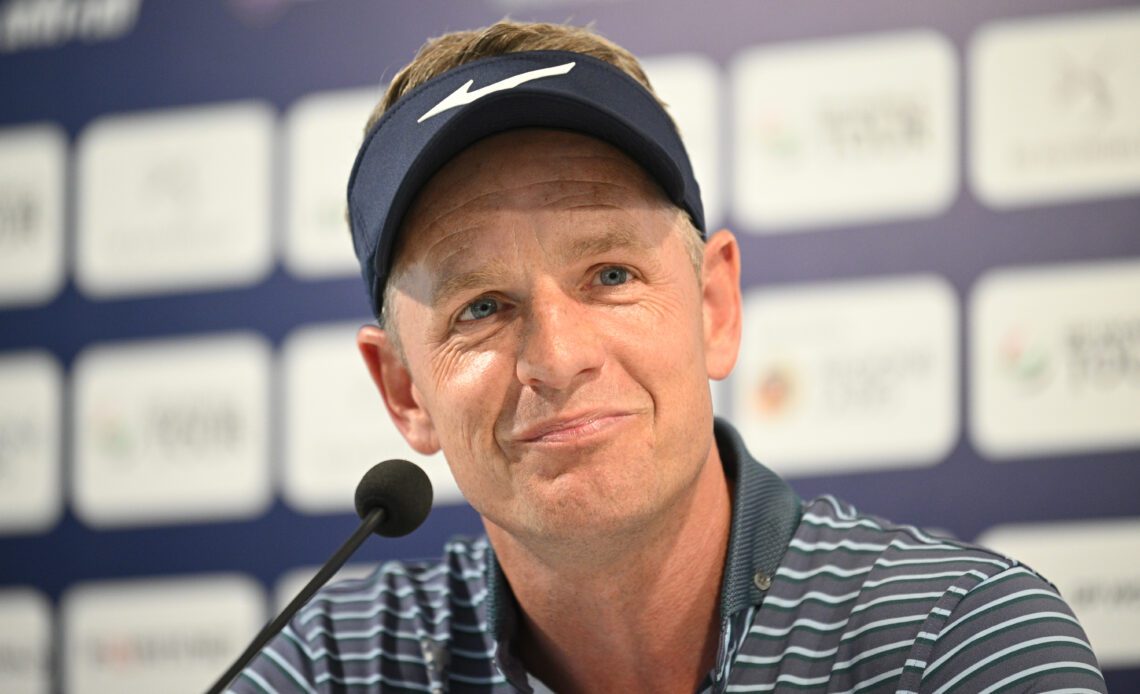 European Ryder Cup captain Luke Donald shot a wonderful round of 64 in his opening round of the Abu Dhabi HSBC Championship to top the leader board, although he brushed off the idea that he could potentially qualify for his own Ryder Cup team after his excellent start.

“[It was] 1975 I think the last time that happened,” Donald said when quizzed on the prospect of being a playing captain in Rome. “No, we are a long way from that.

“I actually came into this year with higher expectations than I had in a while just for my own game.

“And to be honest, I feel like my game is in a pretty good spot. It’s not totally surprising that I shot 64 today. I went out there, again, last couple days, I’ve been hitting it nicely, swinging well, and it was nice to carry that on today.”

You have to go back to 1961, not 1975 as Donald said, to find the last time there was a playing captain who took on Team USA, with Dai Rees holding the honour as Great Britain were defeated at Royal Lytham and St Annes Golf Club.

The Englishman has a unique task in that no previous Ryder Cup captain has had to deal with the kind of controversy that LIV Golf has created. A court case early in February will determine whether the DP World Tour has the right to ban players who joined the Saudi-backed series.

One of those waiting to learn his fate is Ian Poulter. The Englishman is well-known for his exploits in the biennial dust-up but indicated that he would consider not suiting up for Europe in 2023 even if he qualified or was picked.

Responding to Poulter’s comments, Donald added: “I don’t think any other captains in past Ryder Cups have had to deal with this situation. It is what it is and hopefully in a few weeks’ time I’ll have a little more clarity on what’s going to happen and who I can pick and who I can’t pick.

“My goal in September is to have 12 guys that are unified and playing their best. I’m excited to be here this week, I’ll be playing next week and I’m looking forward to seeing the guys who are wanting to be here, trying to earn points and make the team.”

Last week’s Hero Cup gave Donald an insight into the depth of talent at his disposal and it’s safe to say he was impressed.

“The changing of the guard happens all the time,” the 45 year old said. “I’m not too worried having the 20 guys…