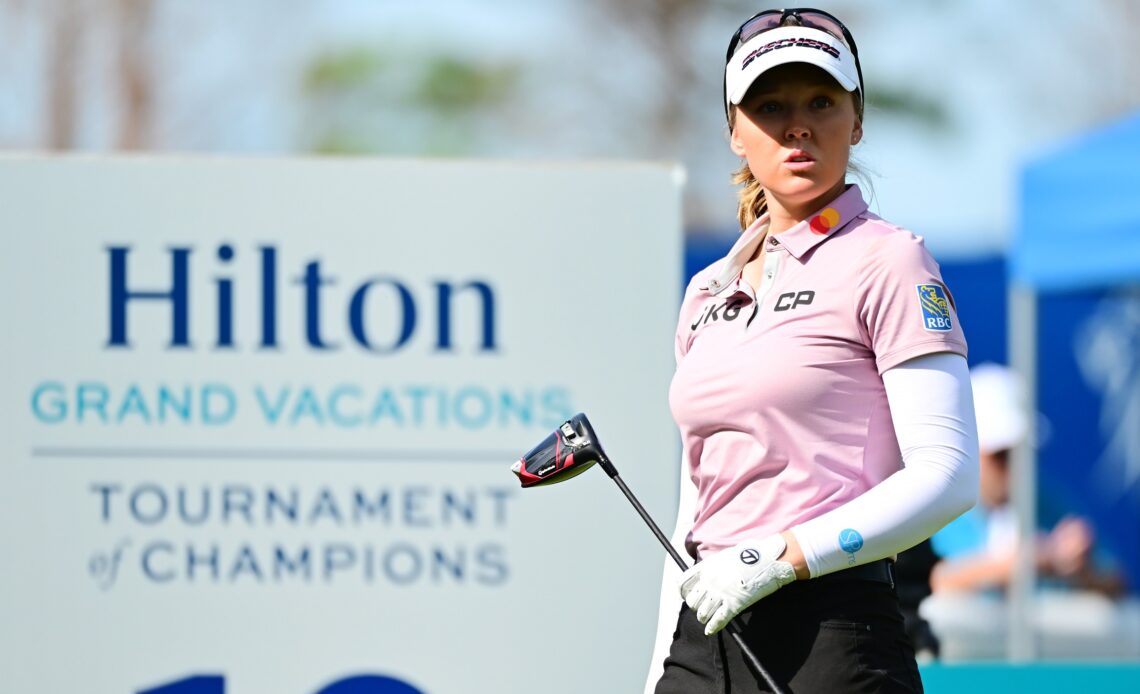 While the LPGA faces questions about the bizarre lack of lockers for their star players at the Hilton Grand Vacations Tournament of Champions, several of those stars are upset that the furore has taken the headlines away from the actual golf on show.

In the LPGA curtain-raiser, a select field of tournament winners of the past two years play at Lake Nona alongside celebrities and athletes from other sports in a Pro-Am format.

However, in what should have been a glitzy and glamourous start to the new season, the headlines were bad ones as the players had no locker access for themselves at Lake Nona.

Temporary lockers did get brought in to use, but it turned the event into a bit of a farce, while also made the LPGA seem less than professional in the process.

What’s angered some LPGA players though, is that the incident has taken the shine off the tournament itself, and ruined what should have been a big new season launch.

“I just think it’s a silly thing to talk about when we’re here at the first week of the year for the Tournament of Champions,” Marina Alex told GOLF.com.

“It’s a great event, different than anything we play in all year, and I just think we should be talking about the start of the 2023 season. The focus should be on the golf.”

World No.2 Nelly Korda also thought that the event is such a unique one on the circuit that something like a lack of lockers was something she wasn’t really bothered by.

“To me this event is so unique in the sense where that stuff doesn’t really bother me,” Korda said. “You’re out here competing with different celebrities, former athletes, current athletes.

“To me, this event is so special and different that something like that doesn’t bother me at this event. Obviously, if it would be at a regular LPGA event, it would bother me. At this event, I think there are so many different, unique, cool stories that I didn’t even think twice about it.”

Three-time LPGA winner Ally Ewing agreed with Korda’s stance and thought that the focus should have remained with the golf regardless of the locker room situation.

“It’s such a different week than any other week we have,” Ewing said. “There’s so much importance in the partnerships that we have with our sponsors and the LPGA.

“The last thing that I think a partner wants to see is something taking away from the event. I just want the focus to be in the right area and away from that.”