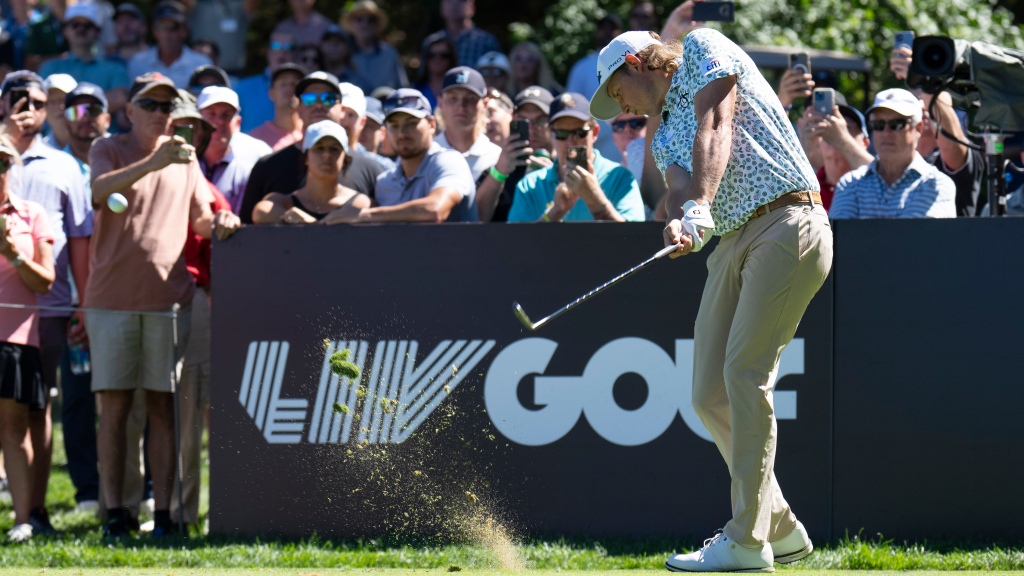 Given his talent for recasting excruciating humiliations as bold victories, it’s surprising that Greg Norman doesn’t present himself annually at the gate of Augusta National wearing a green jacket and insisting that what happened in 1996 — or ’86, ’87, ’89 and ’99 — was actually a triumph worthy of a place setting at the Champions Dinner.

“A momentous day for LIV Golf,” is how Norman described his league’s just-announced broadcast deal with The CW, the nation’s 25th most-watched network, or 29th if you’re chasing the 18-49 demographic who might be drawn to “golf, but louder.” (To be fair, the CW’s average viewer is 58, so they watch every show louder).

Alert to an opportunity to impress his boss, LIV’s chief media officer, Will Staeger, conjured a version of events that would have even George Santos calling for narrative restraint.

“Following a competitive bidding window with multiple U.S. networks and streaming platforms, the sports story of 2022 has just moved into pole position for the top story of 2023,” he wrote in a social media post.

Staeger’s comment raises two questions for those among us predisposed to cynicism: did autocorrect change “begging” to “bidding,” and how does a competitive process among multiple parties result in giving away the product for free to the worst-case option?

Mute the marketing and the reality of this deal has to be dispiriting for LIV and its hookworm hangers-on. No money changed hands, no network (major or minor) was willing to pay a fee for the product, and not a single legitimate sponsor has been attached to it. And those are only the facts apparent right now.

The agreement has been described as a revenue-share, though LIV currently generates no revenue, at least not for itself (MBS’s checkbook has blessed many a washed-up player, executive and politician with revenue beyond their worth). It’s feasible that sympathetic sponsors might materialize, especially if the Saudi Public Investment Fund — which owns 93% of LIV and covers 100% of its costs, all while claiming it isn’t subject to U.S. laws as it does business here — puts a squeeze on its partners.

Advertising could eventually provide a pay-off for The CW, but it won’t cover LIV’s production costs, much less the premium it has already paid to own Bryson’s tantrums and Brooks’ melancholy. It bears noting that The CW doesn’t submit to the standard Nielsen viewer ratings outside of weekday prime…