RUFFELS HOPING TO TEST HER GAME IN EUROPE 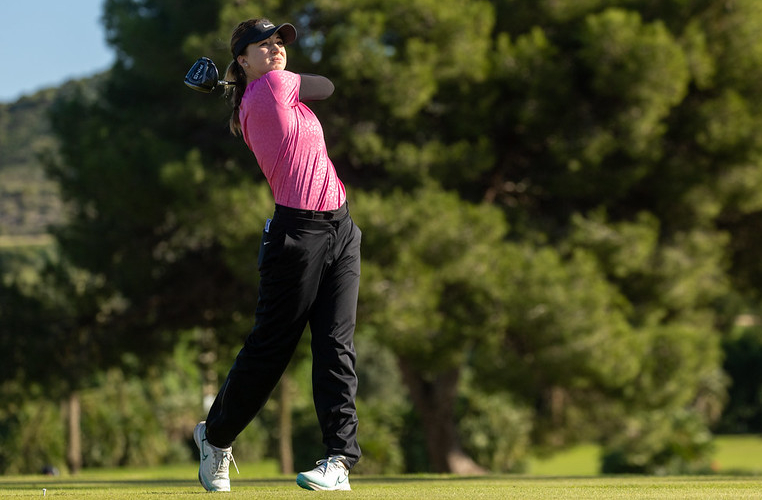 Gabriela Ruffels secured her spot on the Ladies European Tour (LET) in 2023 thanks to an eighth-place finish at LET Q-School.

The Australian, who is a former tennis player, finished 15th on the Epson Tour Order of Merit in 2022 and headed to Spain to try and clinch LET playing rights.

Speaking about her bogey-free final day at the time, she said: “It was a pretty nice day today. Weather-wise it wasn’t too difficult, and it was a scoring day.

“I got off to a birdie on the first hole where I made a 30-footer so that helped with the nerves. I was really happy to be able to shoot five-under bogey-free on the final day and secure my card. It’s definitely a good way to end the year.”

Ruffels is still earlier in her professional career having rescinded her amateur status in 2021 and has mainly played in the United States thus far.

However, with a record-breaking LET schedule to look forward to this coming year, with the biggest prize money in the organisation’s 45-year history, the Australian golfer is excited to test her game somewhere else.

She explained: “Travelling around Europe would be super cool; I haven’t really been able to do that. I feel like you can really improve your game in Europe.

“I wanted to test my game in somewhere other than the US which is where I play most of my golf. The LET has a great schedule with good events and some great purses and I’ve heard only good things so I’m excited that I’m now a member.”

Hawaiian pizza. Controversial with pineapple but I like it.

Probably my home course in Melbourne, so Victoria Golf Club or Pebble Beach.

It would probably be Roger Federer in tennis. I used to play tennis, so he is my idol.

Roger Federer let’s stick with tennis, so Rafael Nadal and you have to throw in Tiger [Woods] don’t you.

Something we don’t know?

I speak Spanish. My mum is South American, and I went to a Spanish-speaking elementary school in the U.S. – it’s something different.