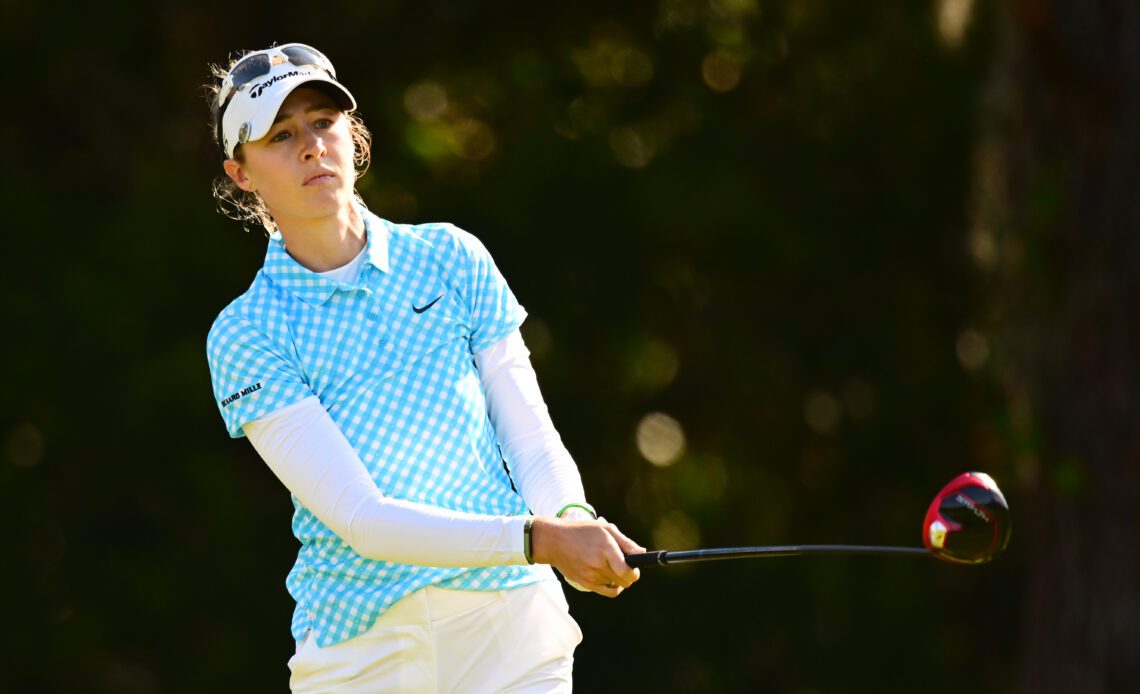 The Korda family is arguably the most athletic and sporty family on the planet. To begin with, Petr Korda is an Australian Open winner and former World No.2 in Tennis, with his wife, Regina Rajchrtová, also a former tennis player who represented her country at the 1988 Summer Olympics.

Together, they have three children, Jessica (opens in new tab), Nelly and Sebastian, with all three excelling in their sports. For golf fans, you won’t need an introduction to Jessica and Nelly, with both LPGA Tour winners and ranking regularly in the World’s top-10, while Sebastian has followed in his mum and dad’s footsteps and is enjoying a hugely successful career in tennis.

“I’m definitely the worst athlete in the family so far.” 😂 The Korda family are pretty incredible!#AusOpen • #AO2023 pic.twitter.com/fAwqWJuBb6January 20, 2023

Currently competing in the Australian Open, the event where his dad won in 1998, Sebastian had just defeated Daniil Medvedev when he was interviewed by the on-court reporter. Explaining his history with the tournament, the 22-year-old said: “Even better though, my sister has won the Australian Open in women’s golf! Both of them have won at Royal Melbourne and the other in Adelaide.”

After finishing his sentence, the reporter couldn’t help but throw in a jibe at Sebastian, stating “so that means you’ve been underachieving for a little while right?” Laughing it off, the American responds “I don’t know where I’m going to be ranked but my mum’s career high was 24, my dad’s was two, Nelly was number one (opens in new tab) and Jessica was six, so I’m definitely the worst athlete in the family so far.”

One of those spectators who saw the victory was indeed Seb’s sister, Nelly, with the American also seeing that interview! Speaking at the Hilton Grand Vacations Tournament of Champions (opens in new tab), she stated: “Yeah, I saw him — actually, I saw him win in dining, so that was cool. I did actually wake up 30 minutes before my alarm to watch him play just naturally knowing that he was playing.

“Honestly, he’s put in a bunch of work. He has an amazing support system behind him, and it’s really cool and special to see him do what he’s doing. Hopefully he can continue making this run. But from an outside point of view, it’s really special seeing him achieve all this, and I couldn’t be happier for him.”

However, her view on the “I’m definitely the worst athlete in the family so far” line was slightly different, with Nelly humorously…