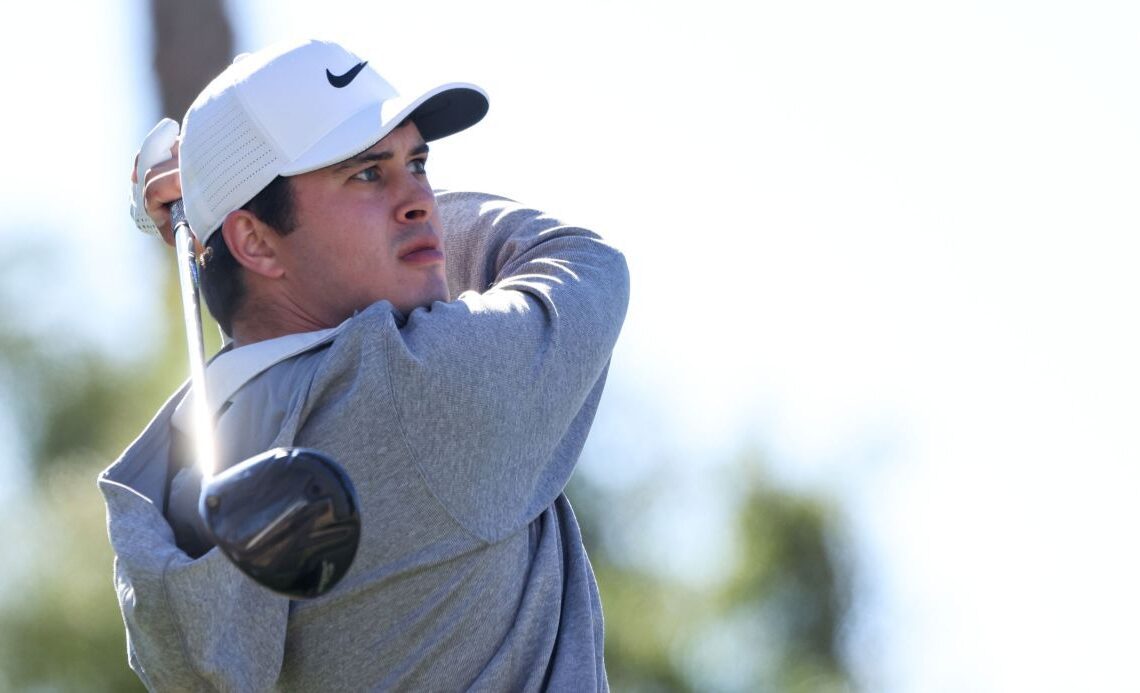 PGA Tour rookie, Davis Thompson, may be a name unbeknown to most but, during Thursday and Friday of The American Express (opens in new tab), the young American has already carded five eagles to tie the PGA Tour record for the most in a 72-hole tournament since 1983.

Carding a 10-under-par round of 62 on Thursday, which included two eagles, the 23-year-old followed it up with an eight-under 64 on Friday, with three eagles on the fourth, seventh and 11th putting him on the top of the leaderboard, two shots clear of recent Sentry Tournament of Champions winner, Jon Rahm (opens in new tab).

“I just had some good numbers into par-5s and was able to execute my shots,” Thompson stated on Friday. “I had some putts drop. So it was nice to make some eagles.”

He went on to add: “I think putting the ball in the fairway, hitting a lot of greens and really seeing lines well on my putts. Just everything is kind of clicking these last two days and I’m just looking forward to trying to keep it rolling tomorrow.”

On Saturday, Thompson will play the Stadium Course, which will host the final round on Sunday after the 54-hole cut. The tournament stands out as it uses three courses – PGA West Stadium Course, La Quinta Country Club, and PGA West Nicklaus Tournament Course.

Other players to achieve the feat of five eagles (opens in new tab) in a four-round tournament include Justin Rose in the 2022 Canadian Open, Dustin Johnson in the 2020 FedEx St. Jude Championship, Austin Cook in the 2019 Barbasol Championship, Keegan Bradley and Brandt Snedeker in the 2018 Canadian Open, and Davis Love III in the 1994 Sony Open. Out of all of those, only Johnson won.