Bogeys are for the U.S. Open, let the birdies fly at American Express 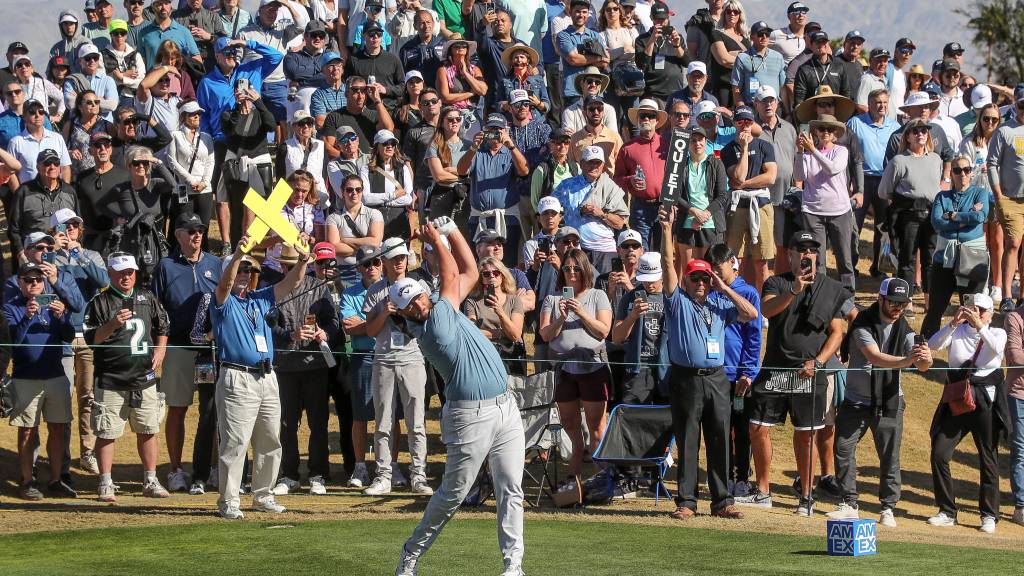 Eighteen under after 36 holes? One under for every two holes? That’s not professional golf. That’s not a challenge for the best golfers in the world. It’s not what the PGA Tour is supposed to be.

These kinds of comments seem typical of the criticisms about the desert’s PGA Tour tournament over the last, oh, 40 years or so. The courses are too easy and the best players are not rewarded because anyone can make a birdie in the desert.

The best answer to that criticism is, well, to each his own.

If you are the kind of golf fan who enjoys watching the best players in the world struggle for bogeys, the U.S. Open will be here soon enough. For now, for this week, it’s birdies and eagles and smooth greens and perfect conditions and great players using great equipment.

Yes, the tournament scoring record for 54 holes was within reach when Saturday’s play started. That’s 27 under by Patrick Reed in 2014, when he opened with three consecutive 63s. He won that year, but with a 71 in the final round.

Scoring has not always been ridiculous in the desert. Arnold Palmer won the first tournament in 1960 at 22 under for five rounds, but that record stood for 17 years until Rik Massengale reached 23 under in a wire-to-wire win in 1977. Slowly, scoring continued to move lower at the tournament until Tom Kite went crazy to reach 35 under for five rounds in 1993.

Since the tournament moved to 72 holes in 2012, Reed’s 28-under in 2014 is the standard for scoring in the American Express. But that record is in serious danger this week as golfers have shot low rounds at all three golf courses. Is 30 under for four rounds out of the question? Not when a player like Jon Rahm is talking about still going low even at the toughest of the three courses, the Pete Dye Stadium Course at PGA West.

“At this point where we’re at on the PGA Tour with so many great players going on, you need to show up on the weekend and shoot low,” said Rahm, who shot a 7-under 65 on Saturday at the Stadium Course that left him tied for the lead with…