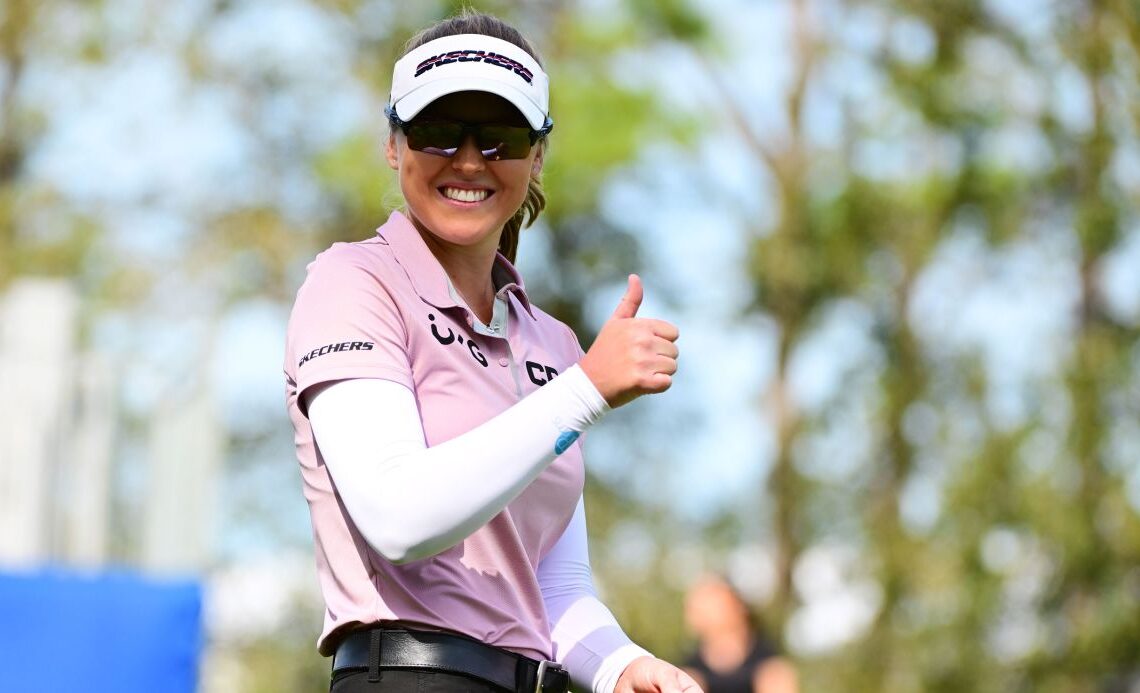 Just days after signing for TaylorMade (opens in new tab), Brooke Henderson added yet another LPGA Tour title to her resume, with the Canadian claiming victory at the Hilton Grand Vacations Tournament of Champions in Orlando, Florida.

Beginning the final day, Henderson held a comfortable three shot lead from Nelly Korda (opens in new tab) and Nasa Hataoka, with the 25-year-old never looking in much trouble throughout her fourth round.

Maintaining her three shot lead as the front nine wore on, a birdie at the par 5 ninth extended her advantage to four shots and, for the remainder of the back nine, that’s how it stayed, with neither Korda, Hataoka or Charley Hull (opens in new tab) able to make any inroads to Henderson’s lead.

Five pars to start her back nine was then followed by yet another birdie, with the Canadian never looking like she would make any mistakes, with up-and-downs being followed by a solid performance off the tee.

With her lead now four and those in front her finishing their rounds, Henderson (opens in new tab) put it close on the par 3 17th and, although she missed the birdie putt, a par was all she needed to do as no-one was challenging her. Standing on the tee of the 72nd hole, the 25-year-old striped yet another drive down the fairway, with the win all but guaranteed.

Safely finding the green, just 15-feet left of the flag, she confidently two-putted for her 13th LPGA Tour title and the third in just eight months. A stunning performance as she held off the likes of Korda, Hull and Maja Stark.

In the celebrity portion of the tournament, we were treated to yet another convincing victory, this time in the form of former professional tennis player, Mardy Fish, who secured a huge 15 point win over Mark Mulder.

Carrying a +3 handicap, the tennis aces’ 152 point total works out at an incredible eight-under-par! Seriously impressive shooting from the six-time winner on the ATP Tour and now two-time winner at the Tournament of Champions.