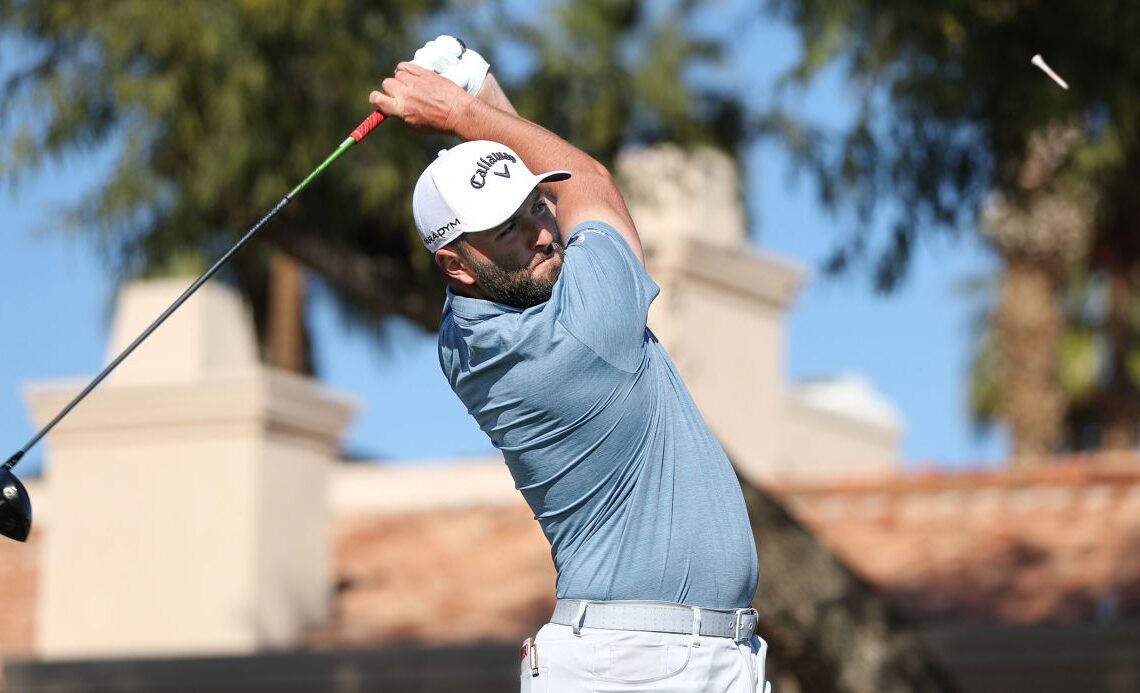 As a former World No.1, Jon Rahm will be aiming to take away the top spot from Rory McIlroy in the near future and the Spaniard is making sure his golf is in the best place to do so, as he takes himself to a combined 50-under in just 7 rounds!

Rahm’s recent scores makes it difficult to challenge the fact that there isn’t anyone better in the world at this current moment in time, as he entered this week’s American Express looking to add another win to his incredible run of form. Such is his ability, Rahm would hold a handicap index of +13! (opens in new tab)

The Spaniard started the week with a 64 and, after another 64 alongside a 65 yesterday, he finds himself tied for the lead which has given him the chance to make it four wins from his last six starts, as well as his seventh straight top-8 finish.

Davis Thompson finds himself as Rahm’s biggest threat as he is tied with the Major champion at 23-under. The pair’s nearest rivals are J.T. Poston and Christiaan Bezuidenhout who are both at 19-under.

Having never met Thompson before, Rahm (opens in new tab) will find himself making acquaintance with the PGA Tour Rookie and Rahm knows the American will be hungry for his first PGA Tour victory when they tee off alongside Poston later on today.

“Yeah, I’ll be surprised if I’m teeing off tomorrow tied for the lead or with the lead. The way Davis is playing, I’m pretty sure he’s going to get a couple coming in and I’m maybe a couple back.

“But again, that doesn’t change the fact that I’m going to have to go out there — and, if we get this weather again, I’m going to have to shoot most likely 66 or lower to have a good chance to win. But that’s the challenge. It is what it is. The level of talent on this Tour is only increasing. It’s showing with this, with the scores we’re shooting in those tournaments that, for a long time, we’ve shot low scores at but not this low.”

Thompson is just one player within the talent pool and his form thus far can offer confidence to other players that are in a similar position. After his two rounds at The American Express (opens in new tab), the 23-year-old had already tied the PGA Tour record for the most eagles in a 72-hole tournament. (opens in new tab)

Rahm has reiterated the fact that, although it is difficult to win on Tour, there…