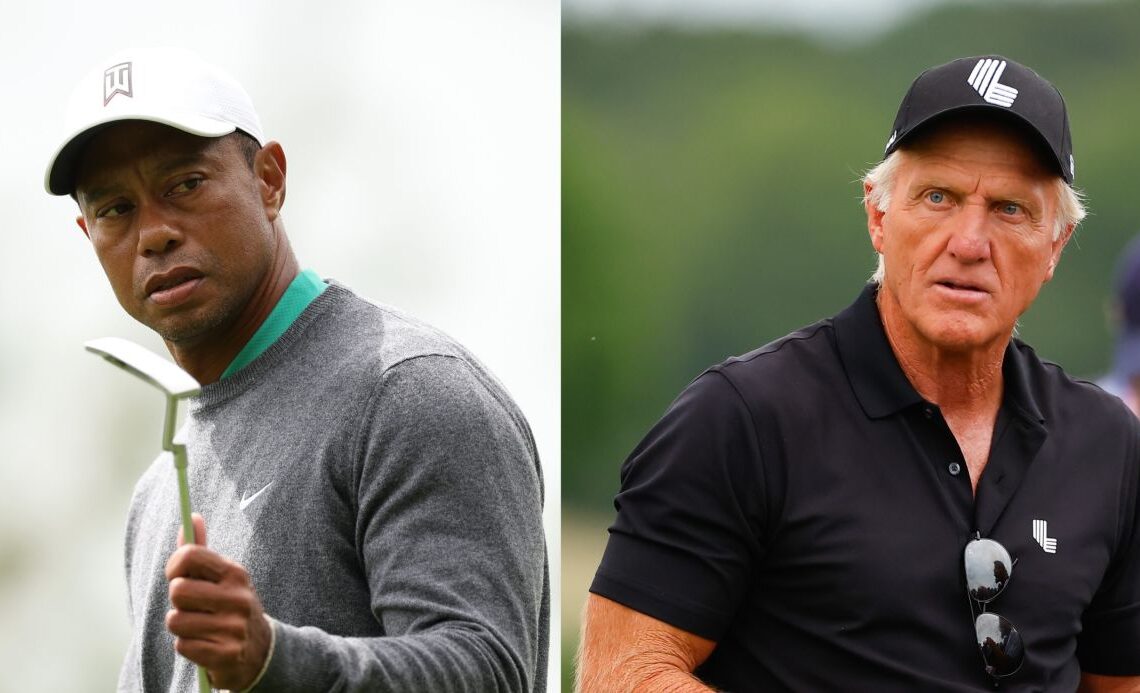 Over the past six months, many players have thrown jibes at one another regarding LIV Golf, with the likes of Tiger Woods and Rory McIlroy (opens in new tab) calling for Greg Norman to step down from his role of CEO.

Speaking at the tail-end of November, Tiger was posed the question of whether the two organisations (LIV Golf and the PGA Tour) could coexist (opens in new tab). His answer? Well, the 15-time Major winner responded by saying: “Not right now. Not with their leadership. Not with Greg there and his animosity towards the Tour itself. I don’t see that happening. As Rory said and I said it as well, Greg’s got to leave.”

Now, in an interview with Fox News’ Brian Kilmeade (opens in new tab), the LIV Golf CEO has fired back to the 15-time Major winner’s claims, with the Australian calling Tiger “a bit of a mouthpiece for the PGA Tour.”

Speaking on ‘One Nation with Brian Kilmeade’, the 67-year-old stated that: “I think it’s sad for Tiger that unfortunately he made a comment that he doesn’t know the facts about, because obviously I’m still here.

“Obviously, he doesn’t control what we do within LIV. So just making those comments, I think, is an indication that he might be a bit of a mouthpiece for the PGA Tour to try to get us to create turmoil created internally within LIV.”

Following its debut season in 2022, the Saudi-backed series announced a huge expansion for 2023 (opens in new tab), with the franchise becoming the LIV Golf League, as 48 players and 12 established teams compete in an expanded 14-tournament schedule – and an enormous $405m total prize purse, a huge increase on the $225m offered in 2022.

Importantly for LIV Golf, they have secured a multi-year TV deal with CW Network (opens in new tab) and will see their weekend tournaments airing live on Saturdays and Sundays on both TV and on the app, while coverage on Friday will be available only through the app.

One thing that has remained eerily quiet though are the new players that may join….