WATCH: Xander Schauffele Makes An Albatross At The American Express 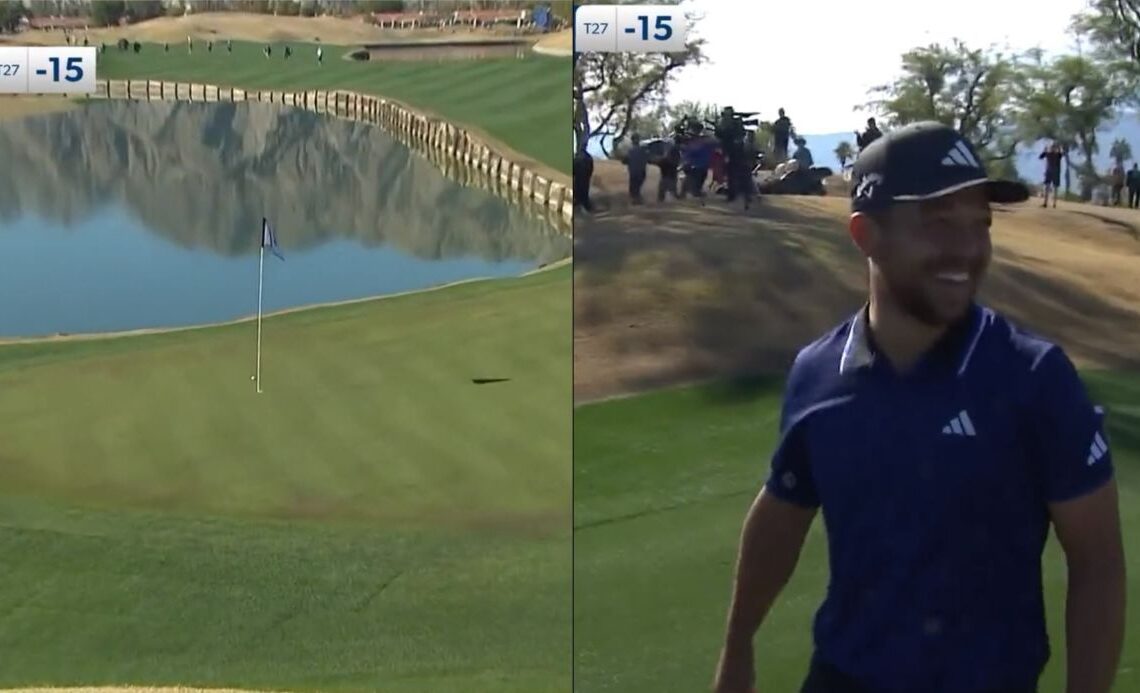 It’s safe to say that the scoring at this week’s American Express (opens in new tab) has been crazy! Not only was the three-round cut 10-under-par, yes you did read that correctly, but players have been finding eagles and birdies galore.

An example of this was Davis Thompson who, after his two rounds had already tied the PGA Tour record for the most eagles in a 72-hole tournament. (opens in new tab) Now though, on Sunday, it was all about Xander Schauffele as he found the bottom of the cup from 225 yards for the rarest bird of them all.

Starting his day at 15-under-par, it was always unlikely that Schauffele would challenge the leaders who began their day at 23-under-par. Opening his final day with four pars, he came to the par 5 fifth hole, which had been playing as one of the easiest of the week.

Striping his drive 314-yards down the middle of the fairway, the American was faced with a long iron into the green to a tucked pin. What’s more, the flag was perched just a few yards over the water, which ran all the way down the right hand side.

As he struck his iron, Schauffele (opens in new tab) watched it with intent, as his ball headed straight at the flag. Although many would think it’s not a pin to go at, the 29-year-old is one of the best ball strikers on the planet and, as it pitched on the front edge of the green, it duly rolled into the hole at dead weight for an albatross.

Obviously, the commentary team were excited by the occasion, with one announcer calling it in the hole before it had even rolled up to it. For Schauffele, he also found the funny side of it, as he fist bumped his playing partners with a huge, beaming smile on his face.