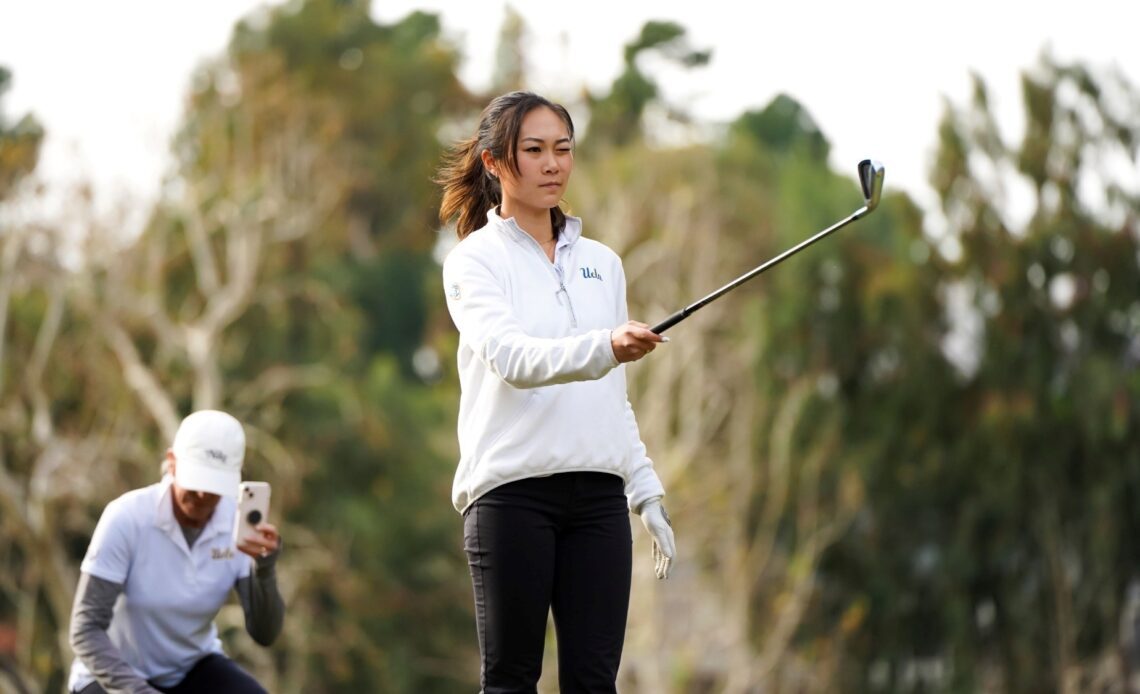 
LOS ANGELES – The UCLA women’s golf team will begin the first of its seven spring season matches at The Match in the Desert hosted at Superstition Mountain Golf Club in Gold Canyon, Ariz., on Monday, Jan. 23.

Tournament History
The Bruins finished fourth out of seven teams at The Match in the Desert last year with a score of 1-over, 577. Arizona State was the tournament champion at 18-under, 558, winning by five strokes over Oklahoma State.

Then-freshman Caroline Canales posted a t-10 finish out of 42 golfers at 1-under par for the tournament. She shot a 2-under 70 in her first round. Zoe Campos and Alessia Nobilio are the only other two Bruins to have competed at last year’s rendition of the event.

Recapping the Fall Season
The Bruins opened the season with a runner-up finish at the USF Intercollegiate (Sept. 12-13) at Olympic Country Club after taking the lead into the final round. Canales tied for fourth at 3-under at the event for the best mark of her career.

Two weeks later at the Blessings Collegiate Invitational (Oct. 3-5), UCLA surged on day two of the event to give itself a shot at the tournament title, jumping four sports on the leaderboard as the only team to record and under-par score in the second round. The Bruins eventually finished fifth at 29-over and 14 strokes behind first-place Mississippi State. Zoe Antoinette Campos notched the best result of her career, tying for fifth at 4-over par for the tournament.

Caroline Canales closed her fall with her second t-4th finish of the season at the Nanea Pac-12 Preview (Oct. 31-Nov. 2). She…

Click Here to Read the Full Original Article at UCLA…