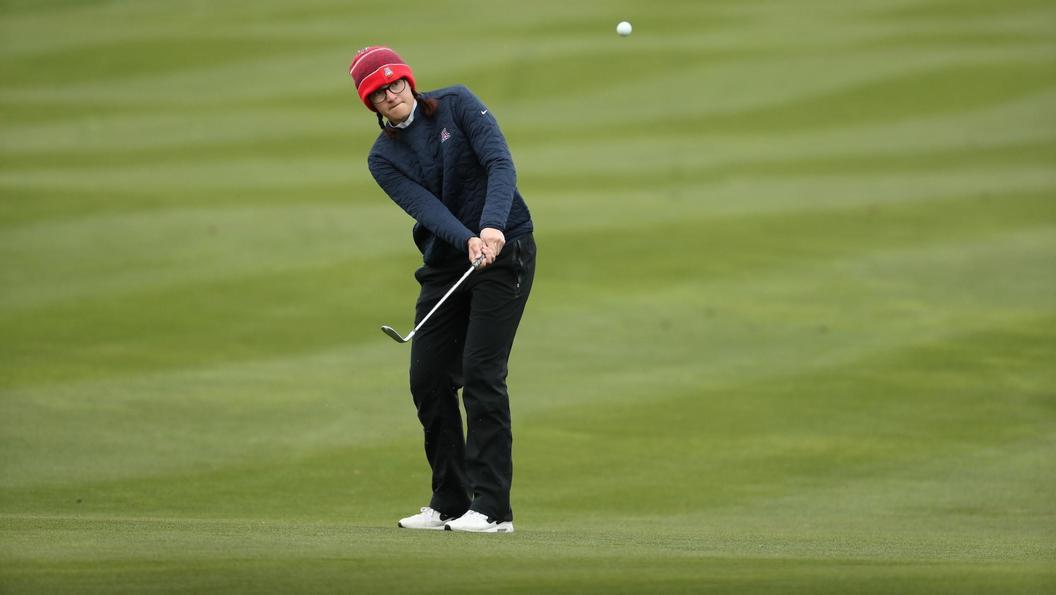 
SUPERSTITION MOUNTAIN, Ariz. – A strong afternoon saw improved scoring from Arizona Women’s Golf as they finished the one-day Match in the Desert at Superstition Mountain in fourth place at 9-under par. The freshman duo of Maria Cabanillas and Julia Misemer led the Wildcats as both shot 3-under to finish in a tie for eighth individually. Arizona sank 19 birdies as a team on the back nine holes, marking a six-birdie difference from the front nine.

“It was important for our entire team to get back on the course and compete,” said head coach Laura Ianello. “Today was our first official competition in nearly three months after adding a couple of talented golfers at the semester break, and I thought we came out a played some quality golf as a team. Even though it was a short event, I felt like this was a great way to fine tune before an action-packed week in Mexico in two weeks.”

Misemer’s round of 69 on Monday marked the second lowest of her young career, trailing her opening round of 66 at the Nanea Pac-12 Preview in November. Monday’s shortened competition also marked her first ever top-10 finish.

Cabanillas closed out the first round of her collegiate career by sinking four birdies after the turn. The freshman joined the Wildcats during the winter break, arriving from her home country of Argentina. Senior Gile Bite Starkute finished one stroke behind Cabanillas and Misemer and in a tie for 11th place.

Arizona will return to action in the Guadalajara FMG Tournament in Guadalajara, Mexico on Sunday, Feb. 5.