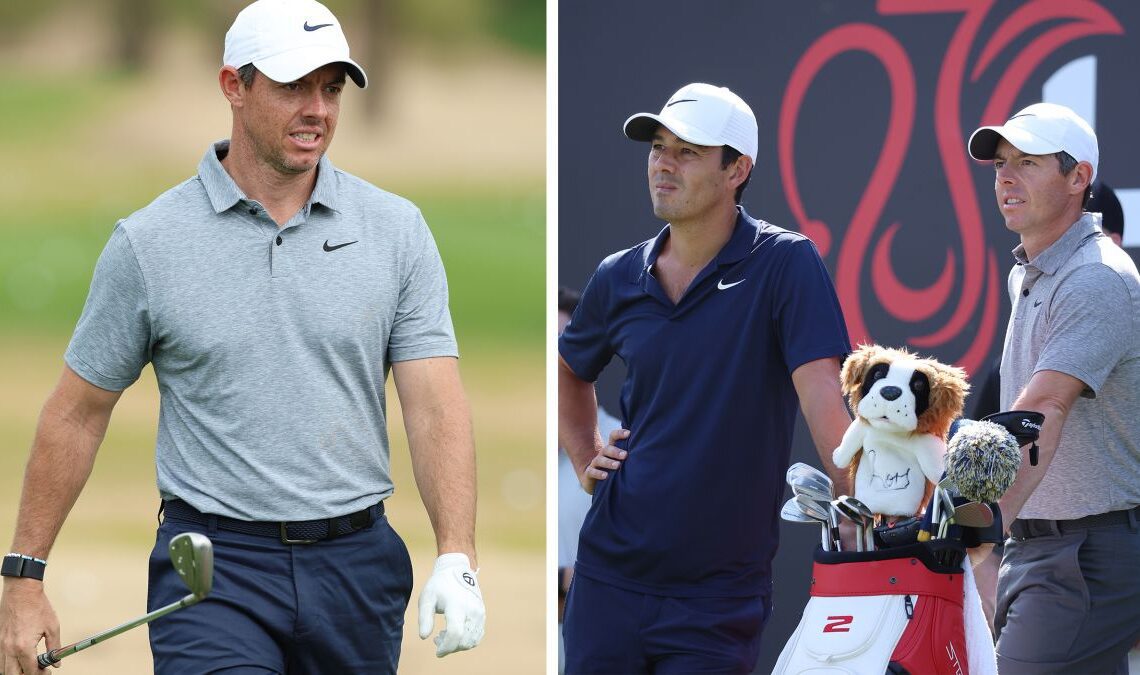 Rory McIlroy makes his first start of 2023 this week and the World No.1 surprisingly looks to be testing a couple of Titleist Vokey wedges.

The four-time Major winner is a TaylorMade staff player with a full bag of TaylorMade clubs including ball, but he was pictured using a Vokey with RM printed on it on Monday at Emirates GC ahead of this week’s Dubai Desert Classic.

A close up of his bag showed two Vokeys in his staff bag along with his usual TaylorMade Rors Proto irons.

McIlroy last had Titleist Vokey wedges in the bag in early 2017, when he was an equipment free agent following Nike’s decision to stop making golf equipment.

He had a Callaway driver and irons in the bag for a short period, as well as Vokey wedges, before signing with TaylorMade in May ahead of the Players Championship. That deal was worth a reported $100m.

He renewed his deal with TaylorMade last year in what was announced as a “multi-year equipment extension.”

“Over the last several years I have had the chance to work with the best equipment company in golf,” McIlroy said. “Today I am excited to announce TaylorMade clubs and ball will be staying in my bag for many years to come. A combination of the dedicated people and unmatched performance is what drove me to remain a part of Team TaylorMade.”

It remains to be seen if the Vokeys stay in for the tournament.