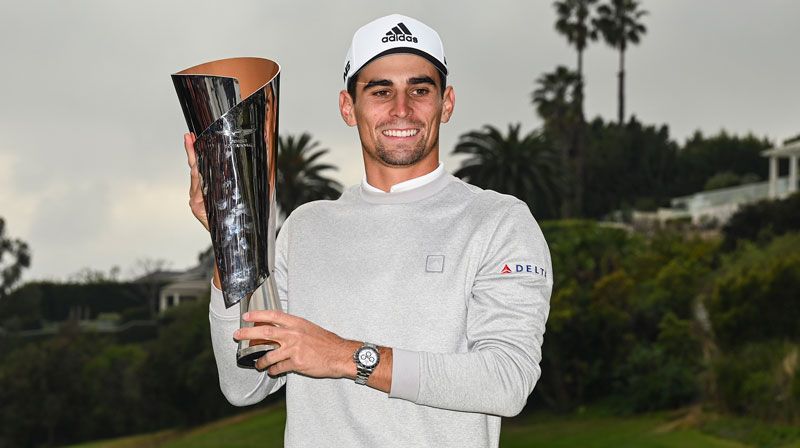 You will have seen him compete out on the PGA Tour and at the Presidents Cup, but how well do you actually know young star Joaquin Niemann? Well here are 14 things you may or may not already know about him.

1. Niemann was born in Santiago, Chile and we believe this is where he still has a residence too.

2. His birthday is the 7th of November.

3. His father gave him plastic clubs at the age of 2 and learned the game at Club de Polo y Equitacion San Cristobal.

4. According to PGA Tour.com, Niemann remembers hitting a 40-yard shot with real equipment at the age of four during a family BBQ at home and striking his grandmother in the leg. She wasn’t seriously hurt but he said ‘it was a pretty good shot.’

5. In 2020 and 2021, Niemann donated large sums of his winnings on the PGA Tour to help his infant cousin get injections to treat Spinal Muscular Atrophy, a rare neuromuscular disease that leads to muscle wasting and respiratory failure.

“Just looking back on the support that I received from the tour, especially from Mexico—they gave away like $100,000 to Rafita, so it was amazing to watch that,” Niemann said to Golf Digest in January 2021. “We got 95, 97 percent of our goal [of] $2.1 million. So I’m really happy to be helping him out and see how he’s getting all the support from all the people here on the PGA Tour.”

7. Aside from a Titleist Pro V1x golf ball Niemann uses a full bag of Ping equipment at the moment and he always wears adidas apparel and shoes.

8. He was ranked as the world’s top male amateur golfer from May 2017 to April 2018 when he turned professional.

9. He says one of the best decisions he ever made was hiring an English-speaking caddie so he could learn the language faster and better.

10. Niemann is currently going out with Christina Hellema Puga who is studying architecture at the Universidad de Desarrollo in Chile.

11. He needed just eight starts on the PGA Tour to secure his card. He achieved this at the age of 19.

12. Niemann made his Presidents Cup debut in 2019 competing for the International Team. Hosted at Royal Melbourne, Niemann played in four matches in which he lost 3 and halved the other.