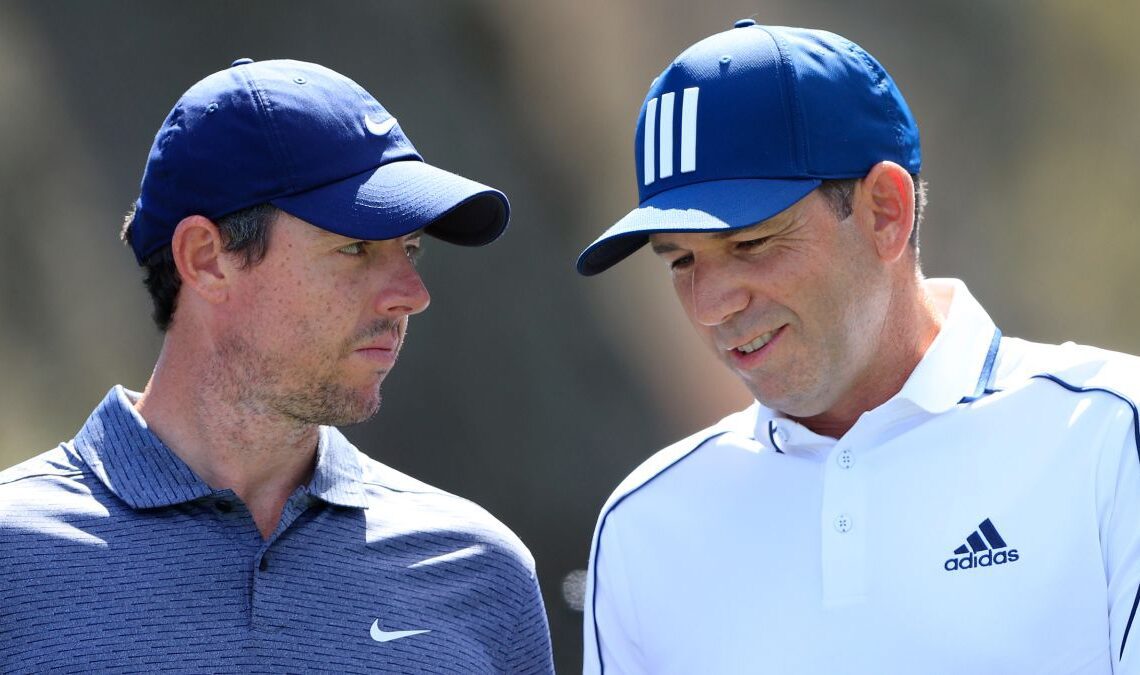 Rory McIlroy has closed the door on rekindling his relationship with former friend and Ryder Cup teammate Sergio Garcia.

McIlroy was asked if there was hope for mending bridges with the Spaniard, whom McIlroy was a groomsman for at his wedding, and simply replied with “no” and confirmed there was “no way” the pair would rekindle.

Golf Monthly understood that there was a “complete deterioration” in the Ryder Cup partners’ friendship last year due to LIV, with McIlroy last month revealing that the pair had a text exchange during the US Open.

McIlroy said: “He was basically telling me to shut up about LIV, blah blah blah. I was pretty offended and sent him back a couple of daggers, and that was it.”

Golf’s civil war has moved away from the course and into the court rooms, with McIlroy revealing that he “got a subpoena on Christmas Eve”, which would have only further distanced himself from the LIV players.

The PGA Tour failed to get LIV’s antitrust lawsuit thrown out in November, and McIlroy and also Davis Love III, named as “alleged conspirators” by Attorney Larry Klayman’s ‘Freedom Watch’ organisation, were set to be deposed over the alleged collusion on January 11 and 17.

With the LIV vs PGA Tour battle turning to the courts, it seems friendships are in tatters and it could see the likes of Garcia, Lee Westwood, Ian Poulter and other European LIV golfers frozen out of the Ryder Cup – even if they’re allowed to qualify following next month’s arbitration panel hearing at Sports Resolutions in London.

“I have said it once, I’ve said it a hundred times, I don’t think any of those guys should be on the Ryder Cup team,” McIlroy said of the LIV golfers at September’s Italian Open, which took place at the 2023 Ryder Cup venue Marco Simone Golf and Country Club.

“I think we were in need of a rebuild, anyway. We did well with the same guys for a very long time but again as I just said, everything comes to an end at some point. I think Whistling Straits is a good sort of demarcation, I guess.”

Garcia, who can still be picked for Team Europe, last month said that some Europeans have shown “very little class.”

“Because if there are three or four who if I’m there will be looking at me badly and do not want me there … What do I bring to the team?,” Garcia told Spanish outlet…