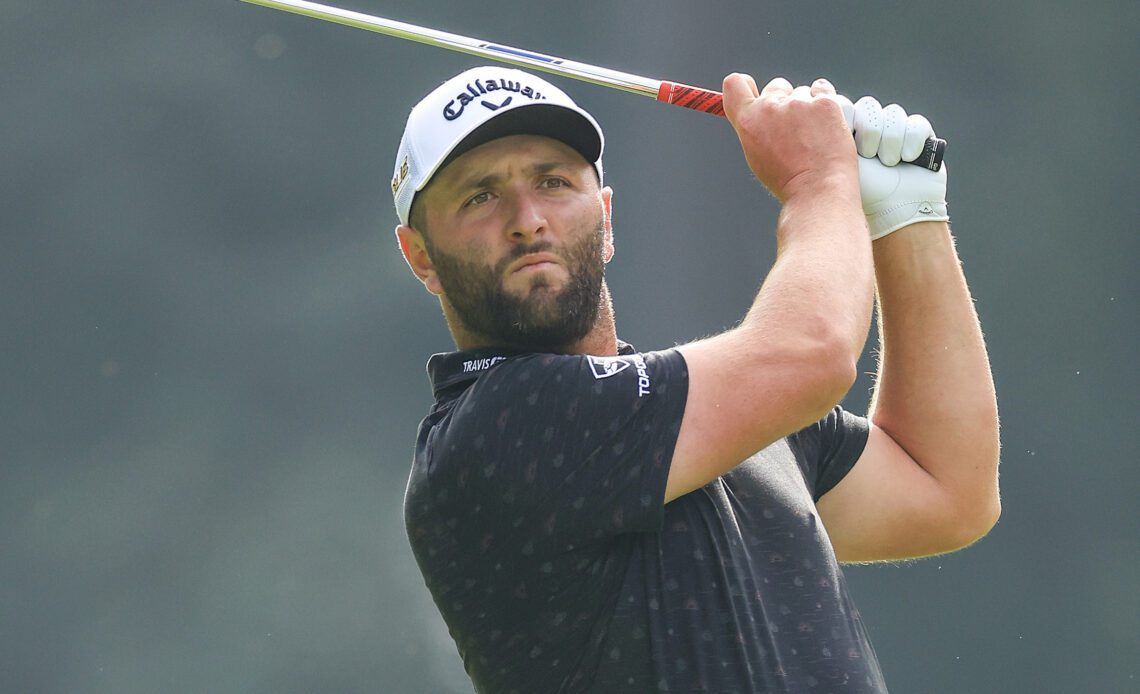 Jon Rahm has committed to playing in next month’s American Express tournament held in La Quinta, a competition where he recorded his second PGA Tour title back in 2018.

On the surface, this doesn’t appear to be exactly newsworthy, however, considering the Spaniard’s comments during the event last season, it is somewhat of a surprise he has confirmed his return.

Playing the Nicklaus Tournament Course for his second round, the 28-year-old was filmed by a spectator walking off one of the greens expressing his feelings on the conditions – and he wasn’t impressed. “Piece of s***, f****** setup, putting contest week, Jesus Christ,” Rahm was filmed saying in a video posted on social media.

Golf fan account Flushing It have found Rahm’s decision amusing, saying: “It’s hilarious that Rahm has committed to the Am Ex again after his rant last year between holes.”

It’s hilarious that Rahm has committed to the Am Ex again after his rant last year between holes. “Piece of shit f-ing set up, putting contest week” 🤣 pic.twitter.com/rCKL88XJF3December 21, 2022

The former World No.1 tends to wear his heart on his sleeve, yet his comments came a mere days after he said some nice words about La Quinta Country Club, which is one of the three courses used during the event, along with the Nicklaus and stadium courses at PGA West.

“It’s always a very enjoyable walk out here. La Quinta Country Club it’s a great golf course, it’s always in pristine shape, one of the best we play all year shape-wise. It’s a golf course where if you play well you can give yourself a lot of birdie chances and that’s what happened today,” said Rahm.

“I think I said it, it’s one of those that I’m always looking forward to playing. It’s a great golf course, it’s always in great shape, and without a doubt, with the rotation we have, we’ve had to, if I had to be a member at one, it would be this one,” he continued. “But if I had to choose it would be this one because it feels like a better atmosphere, right? It’s a private club and again it’s just a really enjoyable walk, it’s a really good golf course.”

Rahm finished tied 14th last season and will be hoping for a different outcome in January as he aims to win his eighth PGA Tour title and get his 2023 off to the perfect start.