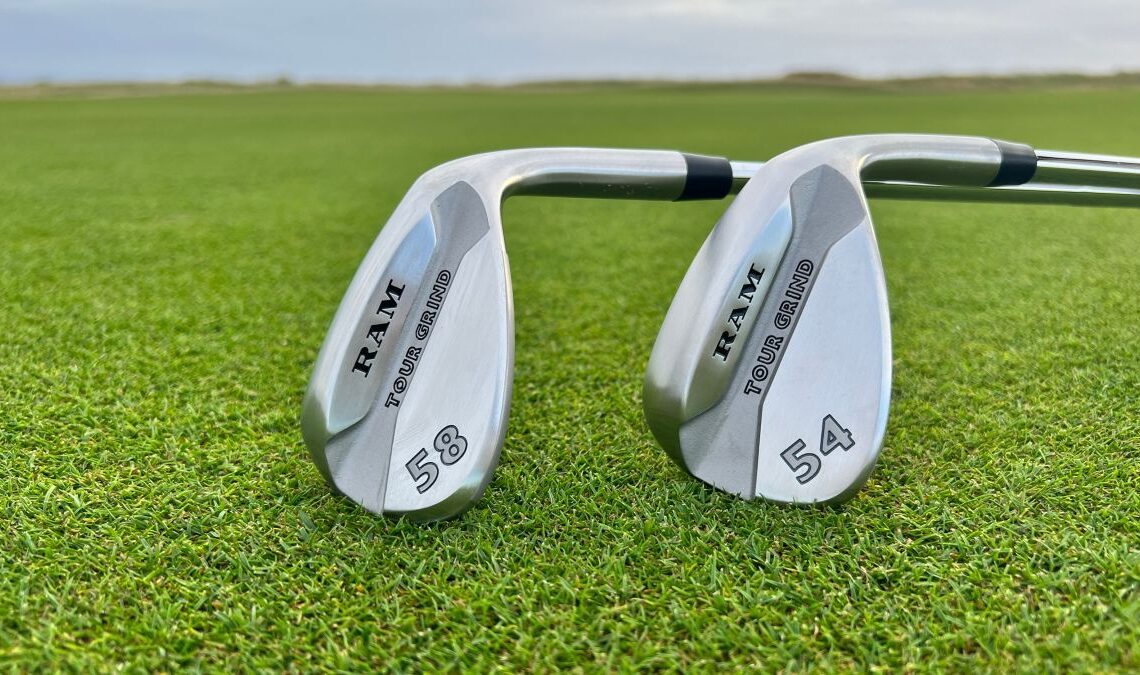 As many parts of the world continue to feel the squeeze of the cost of living crisis, extra cash that might have been available to invest in golf equipment is likely to be at a premium. Luckily, there are alternatives that still pack a punch but don’t hit the wallet quite as hard. One such brand offering incredible value for money is Ram, and I was keen to test out its Tour Grind wedge. It has an eye-catching look and promised big things, but in this market of fine margins, how would it stack up against the best wedges available?

As always, I’m going to start with the aesthetics. From the back, it has an unusual look, with the lofts stamped in bold, but it grew on me. Over the ball, the leading edge wasn’t as straight as I like to see and the top line was a little chunky, but it was still an inviting at address visually – certainly nothing that wouldn’t put you at ease. In addition, the balance is excellent, on the heavy side if anything, which is a positive.

Where this club really excels, however, is around the greens. I was blown away with the amount of spin I was able to generate from the precision milled grooves when chipping and pitching. So much so that I questioned the club’s legality (it is fully conforming). Having tested a host of the best wedges this year, the Ram Tour Grind easily holds its own among the heavyweight contenders.

The feel off the face was a little firm but I had such confidence when trying to play a shot that required full control. Whether that was nudging something low or taking the aerial route, the ball stood to attention in such thrilling fashion. There are few better feelings on the course.

This was helped by the turf interaction. Bounce options are limited in this range but the 11° on the 54 worked wonders on the links turf at Royal Troon, while the 9° on the 58 made it easy to open up and manipulate the loft without exposing too much of the leading edge.

Moving further away from the green is where I encountered a few difficulties, which mainly centred around the ability to flight the ball how I wanted to. On full shots, I found forward momentum harder to come by than usual. Instead, the ball would balloon a little and therefore not travel the distance required.

It’s something I played around with and got a handle on, but for anyone playing in wind, it’s worth taking into consideration. That being said, the overall experience…