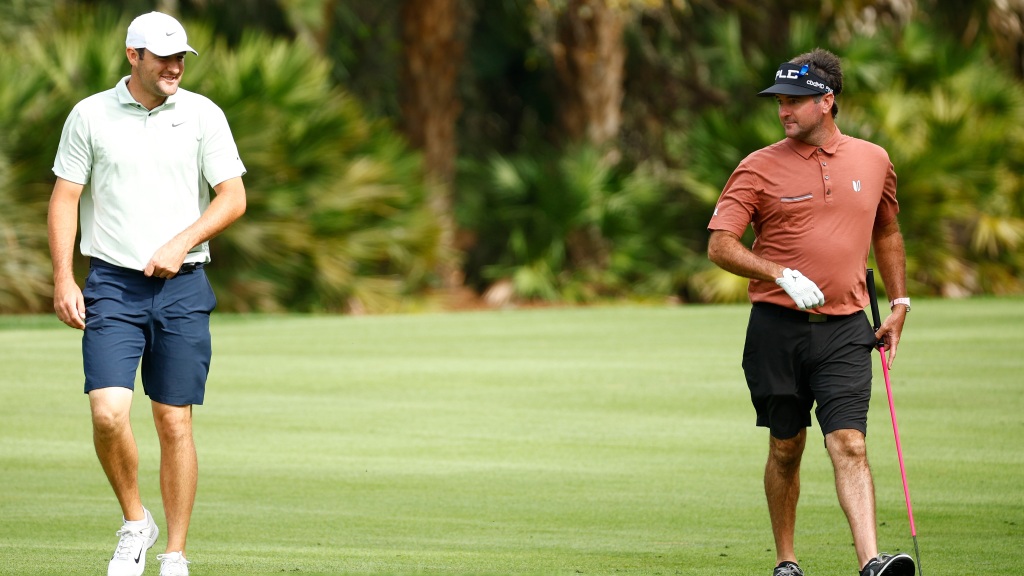 After a holiday hiatus, the PGA Tour is back this week in Hawaii and the boys brought some jokes to the island.

On Tuesday ahead of the 2023 Sentry Tournament of Champions, Jon Rahm made a crack about how tense the Masters Champions Dinner will be due to the presence of a handful of players who made the jump from the PGA Tour to LIV Golf. Scottie Scheffler, the defending champion at Augusta National, joined in on the fun during his Wednesday presser at Kapalua with a story about seeing two-time Masters champion Bubba Watson while on vacation in Tennessee last year.

“I haven’t seen many of the LIV guys. I saw (Bubba Watson) on vacation this year and I told him that I was just gonna have a separate table for him in the corner by himself,” Scheffler said with a big laugh.

His menu is still being workshopped for the annual gathering that could include up to six LIV players this spring: Dustin Johnson, Patrick Reed, Sergio Garcia, Bubba Watson, Charl Schwartzel and Phil Mickelson.

Scheffler thinks the players will be able to put their animosity aside for a few weeks out of the year, especially at a place as steeped in history as Augusta National.

“I think that stuff just takes time, things will heal and we’ll see what happens,” Scheffler continued, noting how golf will inevitably move on. “All that stuff is not really for me. I can only show up and just try and play good golf. I’m not going to LIV anytime soon, so it’s not a concern for me at the moment.”

The Texan returns to PGA Tour action this week with his fourth start of the 2022-23 season. Scheffler logged two top-10 finishes in his three fall starts at the World Wide Technology Championship at Mayakoba (T-3) and Cadence Bank Houston Open (T-9). He also earned a runner-up finish at Tiger Woods’ unofficial event in the Bahamas, the Hero World Challenge.

Last year Scheffler earned all four of his PGA Tour titles over six starts from the WM Phoenix Open in February to the Masters in April. He won the Arnold Palmer Invitational and WGC-Dell Technologies Match Play in between and finished inside the top 25 in 16 of 20 starts in 2022, including a trio of runner-up finishes at the Charles Schwab Challenge, U.S. Open and Tour Championship. Scheffler rose to No. 1 in the world and held the title for 30 weeks from March 27-Oct. 22. His $14,046,910 in official prize money set a single season PGA Tour record and he totaled more than $24,796,910 in earnings including bonuses.