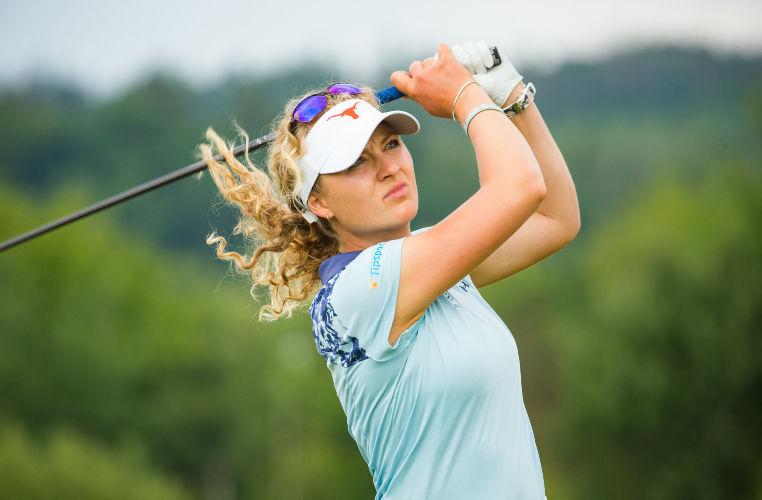 After an excellent amateur career, Sara Kouskova secured full status on the Ladies European Tour (LET) for the 2023 season in October of last year.

The Czech golfer won both the Order of Merit and Rookie of the Year titles on the LET Access Series (LETAS) after tallying 2,592.18 points from 10 events.

Kouskova, who won her first professional event at the 2021 AMUNDI Czech Ladies Challenge while still an amateur, first picked up a golf club at quite an early age thanks to her dad and hasn’t looked back since.

“I was around five or six years old, and my dad brought me to the game,” she said. “My earliest golfing memory was in the fall of 2005, and I managed to win my first little tournament on a chip & putt course. It was an incredible moment, seeing my parents happy was so special.

“I have many amazing memories as an amateur. Competing at the European Team Championships, British Amateur, Augusta National Women’s Amateur, and team events with Texas Longhorns, it has been an amazing ride and I am truly grateful.

“I don’t remember the exact time when I became fully committed to golf, but I remember I had the drive and dedication quite early on.

“I was always dreaming about becoming a pro, trying to be the best in the world and a good representative of the sport, to have a positive impact so I just keep working towards that goal.”

The Czech player attended LET Q-School in December of 2021 and did extremely well finishing in outright sixth place while still an amateur.

Despite securing status on the LET, Kouskova decided not to take up membership and instead finish her education in Texas and complete her final NCAA season, but it was a decision that didn’t come lightly.

After graduating from the University of Texas at Austin in May of 2022, she immediately turned professional and began her first full season on LETAS.

She explained: “The decision to turn pro came very naturally so after finishing my degree in Texas I became a professional.

“It was planned for at least a year and a half that this would probably be the case and it felt like the right time afterwards.

“There were some serious temptations to turn pro earlier especially after earning my LET card at Q-School 2021, but I was one semester away from finishing my studies, so I decided to finish school and the season with the team there first.”