FÖRSTERLING EXCITED FOR SEASON AHEAD ON LET 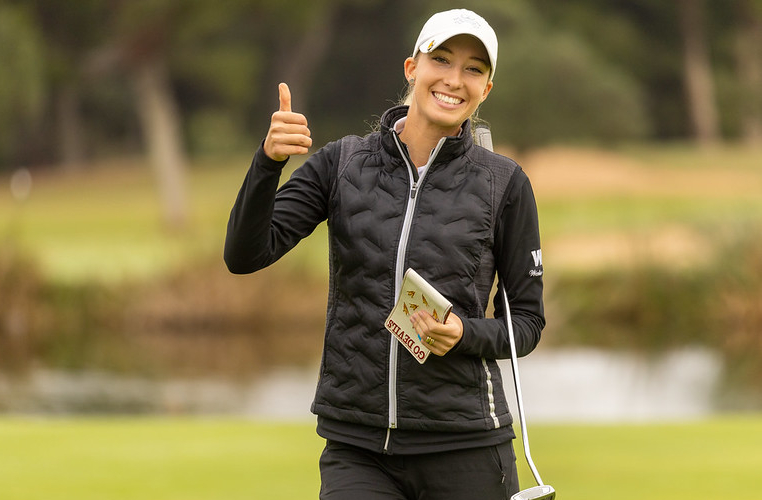 At the end of last season, Alexandra Försterling secured full status on the Ladies European Tour (LET) by finishing joint-top of the leaderboard at LET Q-School.

The German spent two weeks on the North and South courses at La Manga Club in Spain in December trying to achieve her goal of playing on the LET.

Försterling, who is from Berlin, made it safely through the European Pre-Qualifier finishing T13 before producing rounds of 68, 71, 67, 67 and 73 to finish in a share of first place alongside compatriot Polly Mack.

And the 23-year-old was thrilled to have successfully negotiated the full two weeks and seal her spot on Tour for the 2023 season.

Speaking at the time, she explained: “I feel really good! I’m a little bummed about 18 as I missed a short putt to win outright but that’s how it is sometimes.

“All in all, if someone would have told me before that I would have finished here, I wouldn’t have believed them. It’s really nice.

“It means a lot to get my LET card. I’m extremely excited for next season and I can’t wait for all of the tournaments. I can’t wait to get started!”

Having completed the full two weeks at La Manga, the former Arizona State University golfer played nine rounds and learnt a lot about herself.

With a record-breaking LET schedule to look forward to this coming year, with the biggest prize money in the organisation’s 45-year history, Försterling is ready to get started.

She added: “I learnt a lot from Q-School especially, to stay patient. If some holes don’t go your way, then eventually you will get it back and get some luck. It’s also what my mum, who was caddying, tried to tell me.

“I’m most looking forward to the tournament in Berlin because I can sleep at home. It’s just 30 minutes away. I’m excited for all of them but that’s the one I’m most excited about.”

I would say it’s probably schnitzel. It’s definitely one for the Germans.

I would say my home course back in Berlin. It’s Berlin Wannsee, I grew up there and I love it.

It would definitely be my parents.