A taste of Mexico at Punta Mita 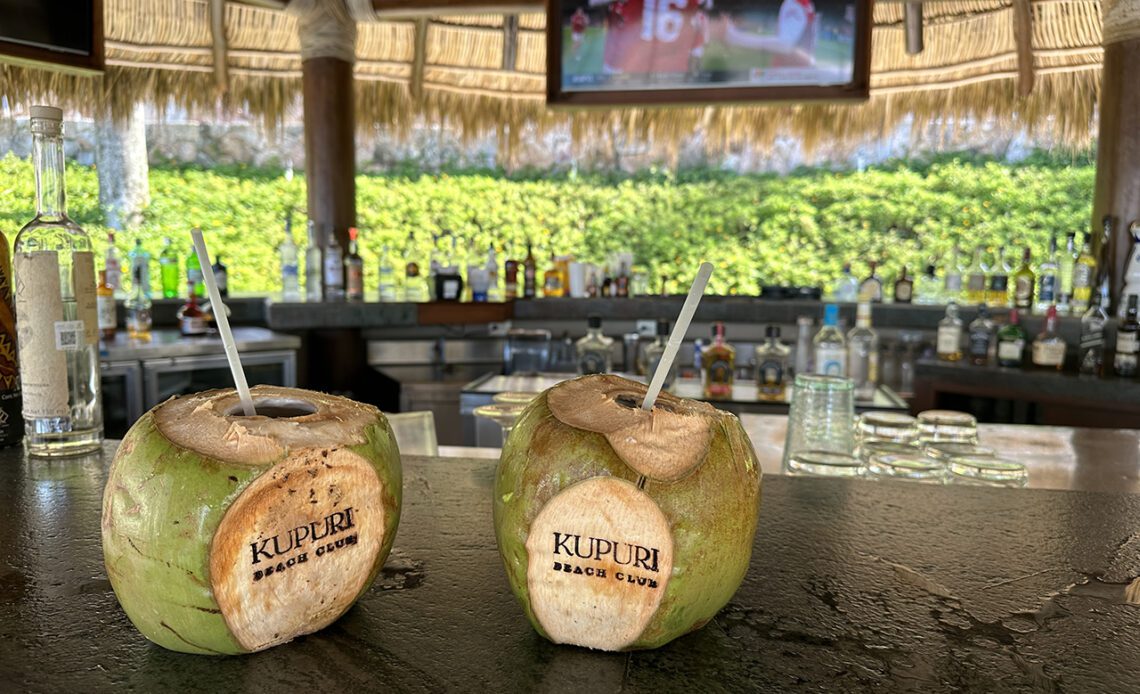 Set on the northern tip of Banderas Bay, Punta Mita is a spear-shaped peninsula, bordered on three sides by more than nine miles of white-sugary shoreline. My wife and I made the rounds exploring the various beach clubs, beginning with Sufi. This was not by accident. Not long after my first trip to Punta Mita, a member at my home club that I had never met before stopped me when he recognized the Punta Mita logo on my shirt and raved about the food there. He called it the best meal of his life and waited for me to agree. Only problem was that I hadn’t had a chance to eat there on my first trip. I intended to rectify that omission on our first night. We headed there as soon as we unpacked our bags and noshed on fresh guacamole and chips while soaking in the sun by a pool long enough to satisfy my love of swimming laps.

John McIntrye, Punta Mita’s director of golf, met us at Sufi for a tequila tasting at 6. Neither my wife nor I imbibe in Mexico’s signature alcohol made from the blue agave plant beyond the occasional frozen margarita – still scarred from the cheap stuff of college frat party days – but we figured when in Rome. We tried a variety of tequilas from blanco to reposado and anejo, and we were instructed to swish it to the back of our tongue to wash the flavor of the agave. The first sip is to clean the palate, the second is to taste it. Better than I remember. (Mezcal is trendy in the States these days, but drinking it straight to me tasted like jet fuel. Many love it in an artisan cocktail.)

With each sampling, the tequilas became smoother and sweeter. One was recommended with smoked salt and an orange, a more gourmet version of salt and lime and the classic lick, sip, suck. After another tasting arrived with a chocolate brownie, John said, “We’re really doing this backwards.”

On to dinner, where Sufito Restaurant lived up to the hype, combining the flavors of Mexico and the Mediterranean, and gets a perfect 10 for its to-die-for setting overlooking Banderas Bay. But is it my favorite restaurant in the world? I’m not even sure it was my favorite meal of the week.

The black cod at Asai, a fresh take on Japanese-Asian cuisine at Kupuri Beach Club in one of the loveliest corners of the peninsula, had my wife and me battling over the final bites. Or was it our meal at El Surf Club, a long ride away so make sure your golf cart, which is the chief…